PHILADELPHIA (AP) – Bryce Harper tied the game with one swing and scored the winning run with one hand brushing the plate. The Phillies slugger was in the mix for two late rallies that saved them from a sweep.

“That’s the most dangerous Bryce Harper you can find,” starter Zach Eflin said. “You’re starting to feel that presence go throughout the whole team. Everybody’s getting fired up about it.”

Andrew Knapp hit the winning single in the ninth inning, Harper hit a tying solo homer in the seventh, and Philadelphia beat the San Francisco Giants 6-5 on Wednesday.

Harper walked off Wandy Peralta (2-1) to open the ninth, and Brad Miller’s fourth hit of the game put two runners on. Knapp hit a one-out single to the left, and Harper beat Alex Dickerson’s throw, scoring standing up and touching the plate with his fingertips to help the Phillies avert a three-game sweep against their former manager, Gabe Kapler, and the Giants.

Summary show
Hector Neris (1-1) struck out two in a scoreless ninth for the win.
“Definitely could be, and honestly, I hope so,” Moniak said.
“I think it’s a huge hit, especially after we lost the game last night,” manager Joe Girardi said.
TRAINER’S ROOM
UP NEXT
Sign up for Daily Newsletters

Hector Neris (1-1) struck out two in a scoreless ninth for the win.

Darin Ruf had a pinch-hit, three-run homer in the seventh off Brandon Kintzler and the Giants went ahead 5-4 in the inning after left fielder Andrew McCutchen dropped a routine flyball for an error with two outs. Dickerson drove in Mike Yastrzemski two batters later for the lead. Ruf, a former Phillie, had San Francisco’s seventh pinch hit of the season and third homer and seemingly put the Giants in position to head home with a winning record on their trip. “I thought we played some good baseball, and I think our offense in this series began to gel a little bit and show the type of firepower that we have,” Kapler said. “I think there’s better baseball in us, and I’m never going to be satisfied going 3-3 on a road trip.”

Harper wasted little time tying the game, hitting a two-out, solo homer off Camilo Doval for his fourth this season. Mickey Moniak hit his first career home run for the Phillies five years after making him the No. 1 overall pick in the amateur draft. Moniak entered hitting just .067 since he was called up last week in Philadelphia’s latest attempt to shore up production in center field.

Counting Moniak, Phillies center fielders were 4 for 54 with no extra-base hits this season. Moniak ended that extra-base skid when he hit a three-run shot in the second inning — to the delight of a young Phillies fan who tried to eat the ball — off Anthony DeSciafani for a 3-0 lead.

Moniak got the ball back and wanted to check if there was a bite mark on the ball.

“Definitely could be, and honestly, I hope so,” Moniak said.

Moniak had just 13 plate appearances over 13 games in 2020 and this season entering Wednesday — and scuffled in the minors. Moniak didn’t turn 23 until May and was given a chance this week by manager Joe Girardi to earn the starting spot in the center. Roman Quinn and Adam Haseley both struggled, and even Moniak was pulled in the top of the seventh for Scott Kingery.

Moniak gave the Phillies a needed lift after 2-0 and 10-7 losses in the first two games.

Eflin allowed one run in six innings for the Phillies. The game was interrupted 44-minutes by rain and was played in cold, blustery weather, more fitting for old Candlestick Park. The weather had nothing to do with the misplay by the slumping McCutchen, who is hitting .164. Yastrzemski’s ball simply popped out of McCutchen’s glove.

Eflin was in the clubhouse in the ninth, “ready to go ballistic” when the Phillies scored the winning run.

Giants: Kapler said Solano suffered a strained right calf and will miss an unspecified amount of time. Shortstop Brandon Crawford also left the game with tightness in his side.

Phillies: 2B Jean Segura was placed on the 10-day injured list after leaving Tuesday’s game with a right quad strain trying to beat a throw. The Phillies also recalled Kingery and RHP Spencer Howard from Lehigh Valley. RHP Ramón Rosso was optioned to Lehigh Valley.

Giants: RHP Aaron Sanchez (0-1, 2.45 ERA) gets the start as the Giants return home Thursday for the beginning of a four-game series against the Marlins. Sanchez has allowed two runs or less in each of his first three starts. LHP Daniel Castano (0-0, 1.80 ERA) starts for the Marlins. Phillies: Open a three-game series in Colorado on Friday. RHP Vince Velasquez (0-0, 9.00 ERA) gets the start for the Phillies. 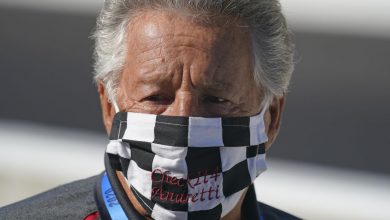 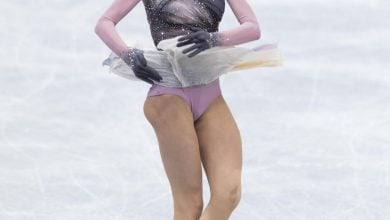 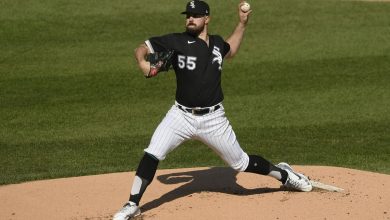 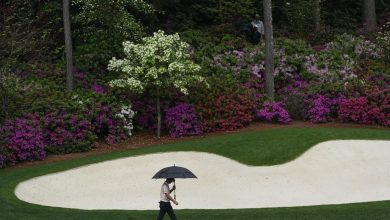