Kristina Keneally will make her own way to Christmas Island, where she plans to visit the Tamil family from Biloela held in immigration detention a day after accusing Peter Dutton of personally intervening to cancel her trip.

Labor’s home affairs spokesperson had been due to fly to Christmas Island and Cocos Islands next week with parliament’s bipartisan Joint Standing Committee on the National Capital and External Capitals. She said the trip had been planned for months, and former defense minister Linda Reynolds had approved using a government particular purpose aircraft due to the limited commercial flights available.

But in a tweet on Wednesday afternoon, Senator Keneally accused Mr. Dutton – the former home affairs minister who is now in charge of defense – of canceling the committee’s aircraft after it emerged she would visit the family. She said she had received an email saying Mr. Dutton had “determined that the special purpose aircraft can no longer be made available for the committee’s travel”.

Summary show
BREAKING:
They are currently the only family detained on Christmas Island.

The Australian Border Force had green-lit her wish to meet the family during her time on Christmas Island.

“During Senate Estimates yesterday, the ABF – which Peter Dutton no longer controls – confirmed that I could visit the Biloela family during my planned trip to Christmas Island,” Senator Keneally said in a statement on Thursday. “The ABF even wished me a pleasant visit with the family.”

She also confirmed she would be leaving mainland Australia on Thursday evening for Christmas Island on a commercial flight.

“I thank Virgin Airlines for assisting my office with last-minute booking arrangements. I also thank Australian Border Force for their assistance and prompt approval of my request to visit the family,” she said.

“I am glad I will be able to meet many members of the Christmas Island community during my visit, and of course, I especially look forward to meeting Nades, Priya, and their two Australian-born little girls.”

Priya and Nades Murugappan and their daughters, Kopika, five, and Tharunicaa, three, have been detained on Christmas Island since August 2019 after an urgent court injunction blocked their deportation to Sri Lanka.

They are currently the only family detained on Christmas Island.

The quartet will remain there for the immediate future after the full bench of the Federal Court in February upheld an earlier decision which found Tharunicaa was not given procedural fairness when her application for a protection visa was assessed. The Department of Home Affairs has repeatedly said the family does not meet the criteria for a protection visa. Supporters and friends of the family have called for new Home Affairs Minister Karen.

Andrews to look at the family’s case with “fresh eyes”.  Senator Keneally has echoed those calls and asked for a clear explanation of why the planned parliamentary trip was not going ahead anymore. On Thursday, a government spokesperson told the ABC the special purpose planes were all currently either in use or undergoing maintenance. “It is fundamentally wrong to suggest this was done to stop Kristina Keneally’s visit,” the spokesperson said. The office of Mr. Dutton has been contacted for comment. 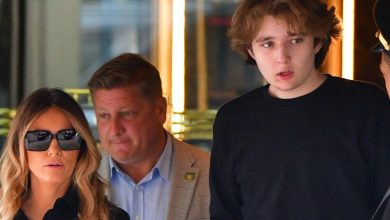