A top-secret document from a meeting of Vladimir Putin and his top advisers has shed new light on Russia’s covert operations. Leaked Kremlin documents appear to confirm that Russian President Vladimir Putin personally authorized a process to help Donald Trump win the 2016 US election.

The documents in question, obtained by The Guardian and dismissed as “a great fiction” by Russia, appear to have come from a closed meeting of the country’s national security council on January 22, 2016.

At this point, Mr. Trump was the early frontrunner for the Republican Party’s presidential nomination, which he claimed. He then beat Democrat Hillary Clinton in November’s general election.

The most critical Kremlin document, labeled No 32-04/vd, describes Mr. Trump as the “most promising candidate” from Russia’s perspective. It says he is an “impulsive, mentally unstable and unbalanced individual who suffers from an inferiority complex,” and his ascent to the presidency “will definitely lead to the destabilization of the US’s sociopolitical system”.

“It is acutely necessary to use all possible force to facilitate his election to the post of US president,” the paper says. It alludes to kompromat (compromising material) that Russia supposedly has on Mr. Trump, referring to “certain events” that happened during his previous visits to Moscow as a businessman. Security Council members are told they can find details in appendix five, paragraph five. Notably, however, The Guardian has not seen the appendix and does no idea what, if anything, it contains. As others have pointed out, the fact that the appendix was not also leaked is further reason to approach these documents with skepticism.

The newspaper says it has shown the material to independent experts, who say it “appears to be genuine”. “Incidental details come across as accurate. The overall tone and thrust are said to be consistent with Kremlin security thinking,” it reports. It also says Western intelligence agencies have “been aware” of the documents for several months and have “carefully examined them”.

And it has been confirmed that a meeting of Russia’s national security council did indeed occur at the Kremlin on January 22. There is an official photo from the occasion. Among the attendees were Putin, prime minister Dmitry Medvedev, foreign minister Sergei Lavrov, GRU (military intelligence agency) head Sergei Shoigu, SVR (foreign intelligence service) Mikhail Fradkov, and FSB (spy agency) head Alexander Bortnikov.

I Ran The Classroom Spelling Bee For 20 Years. Here's What Needs To Change.

‘A dream of our ancestors’: Indigenous Mapuche woman to lead drafting of Chile’s new constitution 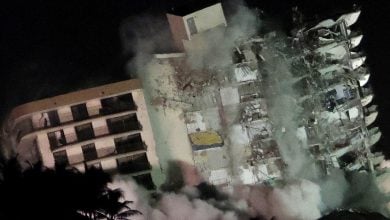