DALLAS (AP) – The defending Western Conference champion Dallas Stars have quite a road to get back in the postseason. After winning four in a row at home to get within a point of the final playoff spot in the Central Division, the Stars now will end the regular season playing nine of their last 11 games on the road. They will travel to five different cities in 20 days.

“We’ve known all along it was coming,” coach Rick Bowness said. “The most important thing is step by step get back in the hunt. We’re back in the hunt, and now we’ve got to manage it the best that we can.”

Joe Pavelski, the 36-year-old center and leading scorer with 19 goals and 42 points said the Stars just have to keep playing good hockey and know that they aren’t going to have to play all of those games at once.

Summary show
“We’ve got to stay focused on what we’re doing,” Pavelski said.
Sign up for Daily Newsletters

“We’ve got to stay focused on what we’re doing,” Pavelski said.

The Stars have earned points in a season-best eight games in a row (6-0-2). At 50 points, they went into an off day Wednesday one point behind fourth-place Nashville and three ahead of Chicago before those teams played the second of three consecutive games against each other. After that, Dallas will have three games in hand over the Predators and two over the Blackhawks.

“We’re a team that likes to play meaningful hockey, so all these games mean a lot for us,” forward Jason Dickinson said. “I expect us to keep rising and keep pushing.”

The Stars likely wouldn’t be scrambling for a playoff spot if they had taken advantage of all the extra time they have had on the ice. Their 61 minutes of overtime is the most in the NHL, as are their 12 overtime losses. On Monday, a 3-2 shootout victory over Detroit was only the third time all season, and first in more than a month, where Dallas got a second point after finishing regulation tied.

Dallas is in the middle of playing the same team four times during a regular season for the first time in team history. The Stars beat the Red Wings on back-to-back nights at home Monday and Tuesday and play in Detroit on Thursday and Saturday.

That unprecedented four-game span was part of the Stars’ initial 56-game schedule, reduced again from the usual 82 games because of the pandemic while playing only division opponents. But they were supposed to start the season with four consecutive road games and finish it the same way.

Those first four scheduled road games were instead postponed after 17 Dallas players tested positive in January for COVID-19, even though most were asymptomatic. The Stars opened at home a week after every other team had already started the season. Then four consecutive home games in mid-February got put off because of extreme winter weather in North Texas that made their arena unavailable because of a power emergency.

With all the schedule reshuffling, the Stars will play their last seven games on the road after hosting division-leading Carolina following Monday and Tuesday. Six-time All-Star forward Tyler Seguin could play for the first time since offseason hip surgery when there is a chance.

Bowness said Seguin was traveling to Detroit and “will continue to skate with the team as much as he can.” General manager Jim Nill previously indicated the Carolina series as a potential target for Seguin’s comeback.

Dallas has one game left against the Predators on May 1 in Nashville and ends the regular season with two games at Chicago. Three games are left at Tampa Bay, which beat the Stars in a six-game Stanley Cup Final in the NHL’s bubble in Canada last summer before they became division foes in the pandemic-altered NHL setup. Dallas is 1-3-1 against the Lightning this season. “Away games are always tougher. We’ve just got to bring the grind mentality,” defenseman Andrej Sekera said. “Our strengths, forecheck, play good defense and a patient game. … We’ll try to focus on that and bring our ‘A game’ every night.” 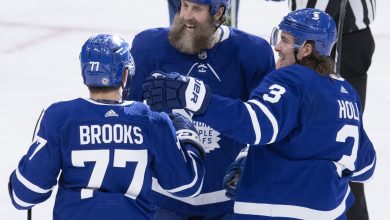 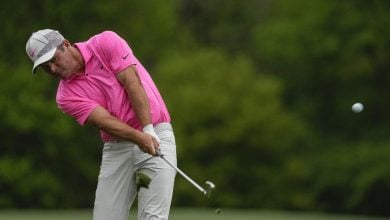 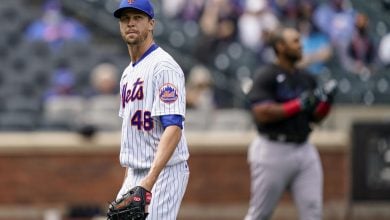 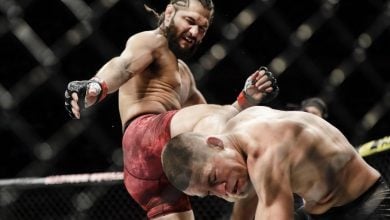