Former Prime Minister Malcolm Turnbull has called for the new Home Affairs minister to use her ministerial discretion to allow a Tamil asylum seeker family detained on Christmas Island to return to Biloela, declaring it the “right thing to do”.

Priya and Nades Murugappan and their two Australian-born daughters, Kopika, five, and Tharunicaa, three, have been in immigration detention since early 2018 as legal battles seeking to secure their right to remain in Australia continue.

The two Australian-born girls are the only children left in Australian immigration detention, but the government has repeatedly said the family does not meet the criteria for protection.

Appearing on ABC’s Q+A on Thursday, Mr. Turnbull said he agreed with the government’s “tough” border policy, but there is a difference “between scratching your ear and ripping it off”.

“That family should be back in Queensland, and I hope the minister takes the opportunity of the change of minister … to use her discretion and bring them back to Queensland to the community that wants them.”

Mr. Turnbull was prime minister when the family was first taken into detention in Melbourne on 5 March 2018, after a last-minute injunction blocked their deportation to Sri Lanka. They have been the only family detained on remote Christmas Island since August 2019.

Last week, New Home Affairs Minister Karen Andrews told the Sydney Morning Herald she had received a “high-level briefing” on the family and requested a detailed written briefing on their case, but just to “look at the facts”.

“I will always make my decisions based on the evidence and facts that are before me,” she told Sky News on Saturday.

“What I’m very determined to do is to make sure that the people smugglers do not think for a second that there is a change to our policy, and I am not going to open that door even a slither.”

Federal Resources Minister Keith Pitt said he felt for the family on Q+A but repeated the government’s oft-repeated mantra that allowing the family to remain in the country would result in hundreds of asylum seekers attempting to reach Australia by boat.

Nades and Priya arrived in Australia by boat separately in 2012 and 2013. Both have claimed different reasons for seeking asylum from Sri Lanka; Priya reported being forced to watch her former husband be burnt alive. Nades said he fears his life due to his links to the banned Liberation Tigers Tamil Eelam.

In February, the full bench of the Federal Court upheld a previous ruling related to the youngest child’s right to apply for protection.

In April last year, Federal Court Justice Mark Moshinsky ruled that Tharunicaa was not given procedural fairness when her application for a protection visa was assessed and ordered the government to pay more than $200,000 in costs.

The ruling was appealed by the federal government, while lawyers acting for the family also issued a cross-appeal against a second ground dismissed by Justice Moshinsky.

February’s decision upheld Justice Moshinsky’s dismissal of the family’s claims that a valid application for asylum had been made for Tharunicaa in September 2019 but supported their second ground that she was not “afforded procedural fairness” in her bid for protection.

The family’s legal team is now deciding whether to seek to leave to appeal the latest ruling in the High Court, a process that could take up to six months.

According to figures released in Senate Estimates, the government has spent more than $6 million detaining the family.

‘Do it for those you love’: Jacinda Ardern gets COVID-19 vaccination and appeals to Kiwis to follow suit 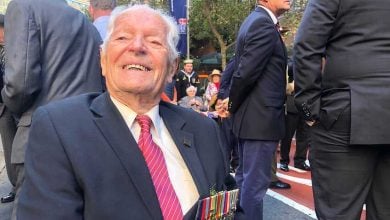 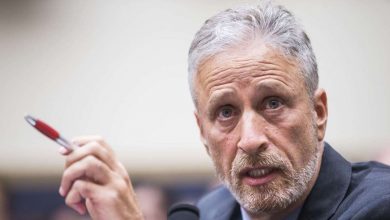