The man was evacuated from Papua New Guinea to Australia on March 28 as his condition was deteriorating.

Summary show
He had been in the intensive care unit at Redcliffe hospital since then.
The country’s death toll is at 61.
Mr. Morrison said some 855,000 vaccinations had been done as of Monday.

He had been in the intensive care unit at Redcliffe hospital since then.

The health department said it offered its condolences to the man’s family.

“PNG is one of Queensland’s closest neighbors, and when we can offer support to our neighbors, we can, and we will,” the department said in a statement.

Queensland will not include the man’s death in its official toll of COVID-19 deaths, which has sat at six people since April last year. Monday was the first day since March 3 when Queensland didn’t record any new cases, either local or acquired overseas.

However, on Tuesday, the health department said virus fragments had been detected in the wastewater plants in Capalaba, Maroochydore, and Maryborough.

“As we’ve seen over the past couple of weeks, we’re still in this pandemic, and we can’t be complacent,” chief health officer Jeanette Young said.

“It is critical we detect any cases that we may not be aware of as quickly as possible through our testing system.”

Australia’s total COVID-19 death rate is 909. The majority of those deaths, 820, occurred in Victoria.

NSW has had 54 deaths, and Tasmania 13. The ACT, South Australia, and Western Australia all have single-figure death tolls, while no one has died from the virus in the Northern Territory.

Papua New Guinea’s national control center for COVID-19 said that 181 new cases had been recorded in the most recent 24-hour period on Sunday, putting the case total at 7,038.

The country’s death toll is at 61.

In part because of Australia’s success in keeping COVID-19 in check, the federal government has taken an unhurried approach to rolling out a vaccination program against the coronavirus.

On Tuesday, Prime Minister Scott Morrison went on the defensive against those who think it’s been too slow.

Mr. Morrison said Australia was behind its vaccination schedule because international suppliers had not delivered as promised.

“The challenges Australia have had have been a supply problem, pure and simple,” Mr. Morrison told reporters on Tuesday.

In January, the government said it aimed to have four million people vaccinated by the end of March but only managed to inoculate about 670,000 at the start of this month.

“The simple explanation of that is three million – 3.1 million vaccines – that never came to Australia. That is the reason,” Mr. Morrison said.

“In early January, we anticipated we would have the 3.1 million vaccines. Those vaccines were not supplied to Australia, and that explains the difference … and we made that very clear back in February.”

As for Australia’s own production of vaccine doses, Mr. Morrison said experts would take their time making sure they were safe. “There is no holdup. The release of vaccines has always been based on them completing those processes, so the fact that they actually have to get approved by the relevant authorities and do the batch testing is not a holdup,” he said. “It is a necessary part of the process to guarantee Australian safety, so to describe it as a holdup would be incorrect.

Mr. Morrison said some 855,000 vaccinations had been done as of Monday.

Lewis running to lead the ski federation that fired her

EXPLAINER: Why is North Korea skipping the Tokyo Olympics? 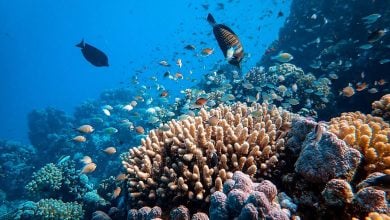