ANAHEIM, Calif. (AP) – Yermín Mercedes got his first five major league hits and drove in four runs, and José Abreu hit a grand slam for the Chicago White Sox in their 12-8 victory over the Los Angeles Angels on Friday night.

Mercedes, a 28-year-old catcher, playing in his second career game, went 5 for 5 in an extraordinary performance as Chicago‘s designated hitter. He delivered a two-run single in the fourth and a two-run double in the ninth inning of Chicago‘s first victory this season. “I’m so excited right now,” Mercedes said. “I don’t even know what to say right now or what I want to say, but I’m just so happy.”

The only players since 1900 to get five hits in their first career start are Mercedes and Cecil Travis of the Washington Senators, who went 5 for 7 in 1933. Fred Clarke also did it for the Louisville Colonels in 1894.

“There were a lot of great things that happened, and the greatest thing was the designated hitter,” said manager Tony La Russa, who got the first victory of his second stint running the White Sox.

After failing to catch on during three years in the Nationals’ system, Mercedes played independent ball in 2014 before grinding his way up the minors with Baltimore and Chicago, which snagged him as a Rule 5 pick in 2017. Mercedes got just one plate appearance as a pinch-hitter for the White Sox last season.

“I just want to cry every time I see I’m in the majors right now,” Mercedes said. “It’s a long time. I’ve got a long history, so it’s about time, but it’s hard for me because just looking around, and I’m like, ‘It’s real. I’m here.’”

Albert Pujols hit a three-run shot for his 663rd career homer, Shohei Ohtani homered in the ninth inning, and Mike Trout had two hits for the Angels. José Iglesias and Dexter Fowler got their first hit for their new club, but Los Angeles’ long-standing rotation problems have already returned in 2021.

Abreu staked the White Sox to a big early lead when the 2020 AL MVP cracked his third career slam off Andrew Heaney (0-1) in the third inning. Heaney retired Chicago’s first seven batters before falling apart, allowing eight of the next nine to reach base and yielding seven runs on five hits.

“(Heaney) was throwing the ball really well, and they got some two-strike hits,” Angels manager Joe Maddon said. “The bottom of their order was really impressive today.”

That bottom section included Mercedes, who batted eighth. His two-run single put the White Sox up 7-1 in the fourth, but Los Angeles gradually trimmed the margin to 7-6 before Chicago‘s five-run ninth. Tim Anderson homered, and Yasmani Grandal added a two-run double before Mercedes doubled to the left.

“He was impressive,” Abreu said of Mercedes. “I think he made history, and we have to be very proud of what he did tonight.” Michael Kopeck (1-0) won in his first appearance since 2018, and Liam Hendriks got a four-out save in his White Sox debut. Ohtani launched a two-run homer with two outs, but the Australian closer struck Anthony Rendon to end it. Dallas Keuchel lasted just four innings, yielding five hits. His six runs allowed were his most since joining Chicago, though three were unearned.

Angels: Maddon said reliever Ty Buttrey was placed on the restricted after he “chose to walk away from the game” rather than accept his assignment to the Angels’ alternate training site. Buttrey struggled with his control this spring. Maddon says the team will welcome back Buttrey if he returns to baseball.

Top White Sox prospect Andrew Vaughn went 0 for 3 with a walk and a run while playing 6 1/2 innings in his major league debut. The No. 3 pick in the 2019 draft, Vaughn played left field and batted fifth one day before his 23rd birthday. He is a natural first baseman who only made his pro debut as an outfielder on March 26 in spring training.

Angels right-hander Chris Rodriguez pitched two innings of scoreless, two-hit relief in the 22-year-old prospect’s major league debut. Rodriguez had never pitched above Class A, but he rewarded the Angels’ spring faith in his great stuff by looking right at home on the big league mound, striking out three.

Rodriguez said his debut was “nothing I’ve ever felt before. Right when I (went through) the gate, I completely blacked out. And when I got out of the inning and heard the fans screaming, there’s no better feeling, honestly. … Any time I blackout, I know I’m going to have a good night.” 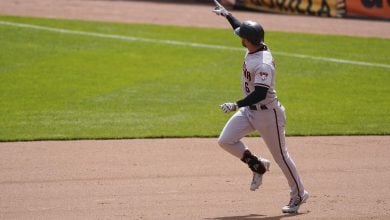 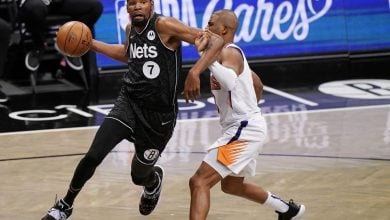 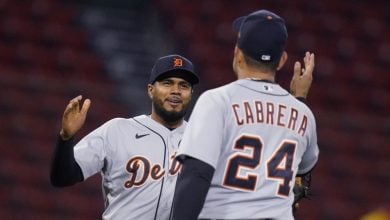 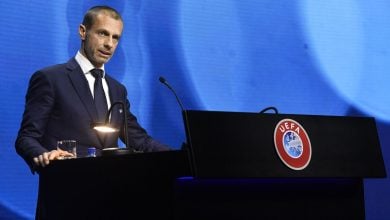