Around 1500 households are facing another three weeks without electricity, after wild storms hit the Dandenongs ten days ago.

Authorities promise more than 3100 households should have their power restored by the end of Sunday.

But the government says another 1450 households will be without electricity until about 10 July.

Other parts of the state were also hard hit by the storms ten days ago, including Trentham and Mt Macedon.

The state’s emergency management commissioner Andrew Crisp has warned people to stay away from the area.

“It is dangerous up there so please stay away,” he told reporters on Saturday.

“We don’t want those stickybeaks, you are getting in the way,” he said.

About 2000 people, including 500 emergency volunteers and Ausnet Services crews, are working to restore power and road access.

So far, almost 130 homes are so badly damaged they have been deemed uninhabitable, while a further 118 are damaged but can still be lived in while repairs are carried out.

More than 480 roads were cut off in the storms, and while crews have been able to open up more than 600km of roads, many are open to locals only. 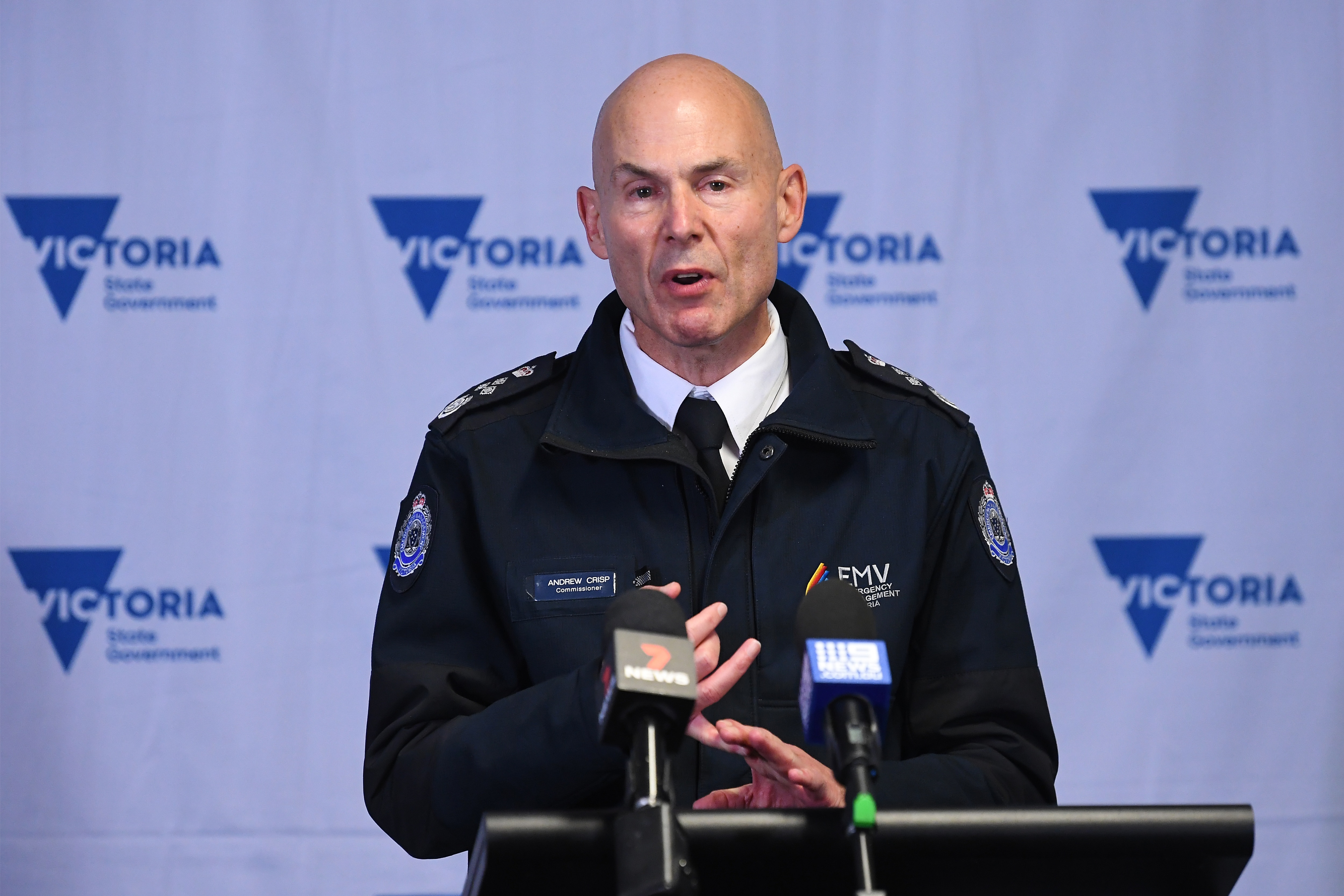 Mr Crisp said there has been “significant devastation” which has taken several days to assess given the ongoing risks.

“It was dangerous and it was really dangerous for a few days,” he said.

ADF logistics experts were brought in last week to help co-ordinate the storm response, and another 120 ADF personnel were brought in to help on Saturday to work on tree removal and road access.

The Victorian government has defended the timing of its request for large-scale ADF resources, which was made on Friday night. The government is supplying 200 generators for those without power, but 100 of those have been donated by Bunnings, and transported from NSW.

Meanwhile authorities said there is no ongoing risk to communities in the Gippsland town of Traralgon after a rise in the Traralgon river overnight.

About 600 homes in the area were badly hit by the storm.

US warns Russia of ‘consequences’ if Alexei Navalny dies