Australia’s troubled vaccine rollout has been given a much-needed boost with the arrival of one million Pfizer doses. Similar-sized shipments are expected to arrive in the coming weeks and months, speeding up the sluggish vaccine program. Home Affairs Minister Karen Andrews said the precious cargo was ready to be rolled out. But she was reluctant to set any vaccine targets or deadlines after earlier milestones were missed.

“We want to make sure we’re not giving false promises to people,” Ms. Andrews told ABC radio on Monday.

The minister agreed it would be months – not weeks – before people under 40 became eligible for Pfizer.

This is not a situation that is going to be resolved overnight,” she said.

The federal cabinet is being urged to make vaccinations compulsory for all hospital staff and recommend a firm rollout plan. Catholic Health Australia, which represents a network of not-for-profit hospitals, said the team was already required to vaccinated against the flu. Still, there was no such directive for COVID-19.

The organization’s health policy director has called for a consistent set of vaccine rules and requirements. The high transmissibility of the Delta variant of COVID is putting workers and the people they care for at greater risk as well as putting extra strain on staff,” James Kemp told AAP.

We need a single, uniform rule across Australia for everyone working in a hospital environment.

Victoria recorded another 13 community-acquired coronavirus cases on Monday, with all of them linked to existing outbreaks. The number of coronavirus exposure sites across the state has ballooned to more than 270. Victorian Premier Daniel Andrews is widely expected to extend the state’s five-day lockdown, which will end at midnight on Tuesday. NSW is bracing for more than 100 new cases as Sydney enters another week of lockdown. Construction work across Sydney

has been shut down for a fortnight, leaving hundreds of thousands of people out of work. Business and union groups have warned the restrictions will cost the economy more than $700 million a week, in addition to earlier forecasts. But authorities argue the construction shutdown is needed to help stop the spread of coronavirus, given the high number of cases recorded among people infectious while in the community. NSW reported another 105 points on Sunday and the death of a woman in her 90s, the fourth fatality in the latest outbreak.

At this stage, Sydney’s lockdown is due to end on July 30. 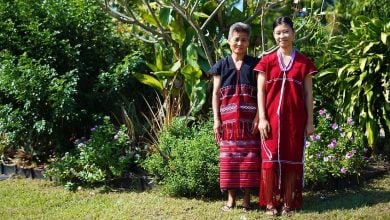