ST. PETERSBURG, Fla. (AP) – Sean Murphy homered, Sean Manaea got some critical defensive help, and the Oakland Athletics bounced back a day after their 13-game winning streak ended, edging the Tampa Bay Rays 2-1 on Monday night. After Matt Chapman drew a two-out walk from Rich Hill (1-1) in the fourth inning, Murphy made it 2-1 to drive to left field.

Summary show
Manaea (3-1) threw 100 pitches over five innings, giving up one run and four hits.
Hill struck out 10 in six innings, allowing only two hits.
The Athletics’ defense sparkled.
PINBALL PARK
TAKING ONE FOR THE TEAM
TRAINER’S ROOM
UP NEXT

Manaea (3-1) threw 100 pitches over five innings, giving up one run and four hits.

Yusmeiro Petit went two perfect innings, Jake Diekman worked out of a second-and-third, one-out jam in the eighth, and Lou Trivino closed for his third save.

Hill struck out 10 in six innings, allowing only two hits.

Austin Meadows put the Rays up 1-0 on a first-inning sacrifice fly after Randy Arozarena stole third with one out.

Oakland manager Bob Melvin was ejected in the seventh after a video review upheld an out call on a sliding Elvis Andrus at the plate. He was thrown out by shortstop Willy Adames after Tony Kemp’s popup to the edge of the outfield dropped between three defenders.

With two on and two out in the third, right fielder Stephen Piscotty made a diving grab on a flare by Manuel Margot. Kemp, the left fielder, made a sliding catch on the center-field warning track to take away a potential RBI hit by Adames in the fourth.

Yandy Díaz, who had a leadoff homer against Manaea five pitches into the 2019 AL wild-card game, hit a hard one-hopper that struck the left-hander’s right lower leg in the first.

Melvin said Tropicana Field is a unique place to play with its overhanging catwalks and roof.

“At times, it feels like you’re playing in a pinball machine with all the rings and the ground rules, and you try not to get too caught up in that,” Melvin said. “Depending on whether the sun’s out, the roof color changes. There’s just a lot of stuff that goes on here, maybe not in other parks.”

TAKING ONE FOR THE TEAM

Kemp dove over the low wall down the left-field line and just missed making a full-extension catch on Brandon Lowe’s foul fly in the second. … Mark Canha tied Sal Bando’s Oakland record of 59 when he was hit by a pitch from Hill in the third.

Athletics: RHP Mike Fiers (lumbar strain) was reinstated from the 10-day IL and will work out the bullpen.

Rays: 1B Ji-Man Choi (right knee) will join Triple-A Durham next week to get 30 at-bats. 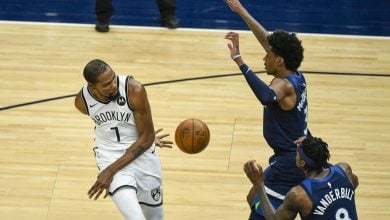 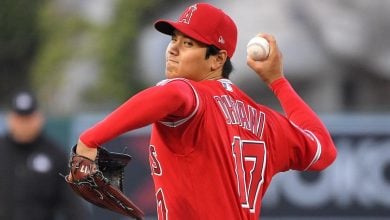 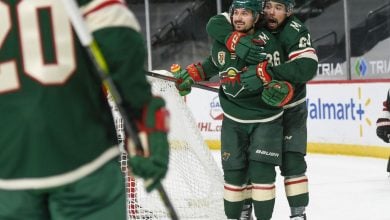 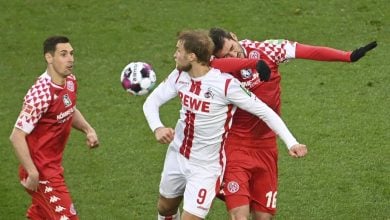