A “wobble” in the Moon’s orbit is set to have disastrous impacts on the Earth and increase flooding, scientists from NASA are warning. NASA has warned that a “wobble” in the Moon’s orbit and rising sea levels will start “a decade of dramatic increases in flood numbers” in the 2030s. It says that every coast in the United States will face rapidly increasing high tides that’ll see a tsunami of problems for the globe.

According to NASA, the conclusion, which was published in the Nature Climate Change journal by the NASA Sea Level Change Science Team from the University of Hawaii, has to do with the Moon’s cycle, which takes 18.6 years to complete. NASA explains that these floods will likely occur in clusters that last a month or longer, meaning their impact will be much more severe than usual, depending on the Sun, Moon, and Earth. The tides won’t be an issue for half the period, but the “high tides get higher, and low tides get lower. Global sea-level rise pushes high tides in only one direction – higher.

So half of the 18.6-year lunar cycle counteracts the effect of sea-level rise on high tides, and the other half increases the impact,” NASA explained. Currently, the Moon is not in its tide-amplifying cycle, and there is no cause of concern for dramatic flooding. However, when the Moon returns to the tide-amplifying process, the seas will have had nearly a decade to rise.

Amplified by the lunar cycle, the higher seas will cause a leap in flood numbers on almost all US mainland coastlines, Hawaii, and Guam. Only far northern coastlines, including Alaska’s, will be spared for another decade or longer because these land areas are rising due to long-term geological processes,” NASA said on Wednesday. How bad will the floods be? Scientists expect there to be more than 2000 floods each year by the 2030s.

In comparison, in 2019, there were 600 floods, according to the National Oceanic and Atmospheric Administration. NASA Administrator Bill Nelson said the combination of the moon’s gravitation pull, which causes tides in the first place, and climate change are the reasons behind the expected flooding.

“Low-lying areas near sea level are increasingly at risk and suffering due to the increased flooding, and it will only get worse,” Mr. Nelson said in the statement. The study determined some floods could happen in clusters meaning they may last over a month. Depending on the position of the Moon, Sun, and Earth, some cities may experience a flood on consecutive days or every second day.

“If it floods 10 or 15 times a month, a business can’t keep operating with its parking lot under water. People lose their jobs because they can’t get to work. Seeping cesspools become a public health issue,” said Phil Thompson, an assistant professor at the University of Hawaii and the lead author of the study. NASA hopes the release of their findings will help potentially impacted cities take measures to prevent too much damage.

This story was published by the New Zealand Herald and was republished with permission. 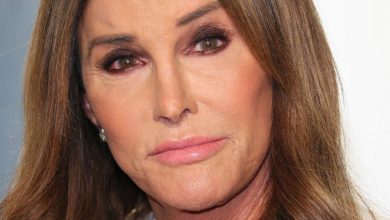