Tensions around Australia’s vaccine rollout could come to a head when national cabinet meets on Friday to discuss the unfolding COVID-19 situation.

Prime Minister Scott Morrison’s virtual meeting with state and territory leaders comes after this week saw a rift exposed with some states over the ability of younger Australians to access the AstraZeneca vaccine.

Ahead of the meeting, new data has also revealed just under eight per cent of Australians over the age of 16 are now fully vaccinated.

The federal government on Thursday accused Queensland of “scaremongering” after the state government actively discouraged people under 40 from getting AstraZeneca.

But it’s not just the vaccine roll-out causing division, with states like Victoria and Queensland also now demanding a reduction in the caps of returning international travellers to stem imported COVID-19 cases.

National cabinet is expected to discuss both issues when the nation’s leaders meet on Friday.

Their meeting also comes as almost half of Australia remains in lockdown in response to community COVID-19 outbreaks.

The federal health department released new data on Thursday about the status of Australia’s vaccine rollout.

Tensions build ahead of national cabinet

On Monday, Mr Morrison said in a late-night press conference people under 40 could talk to their GP about getting the AstraZeneca jab.

But several state premiers and their medical advisers pushed back against the announcement with conflicting messaging helping to fuel confusion over the vaccine rollout.

Queensland’s top medical officer Jeannette Young on Thursday rejected suggestions she was scaremongering by advising younger people against the shot.

Dr Young has advised against younger Australians taking the AstraZeneca vaccine over the link to extremely rare blood clots.

“That is the truth, that there is a risk that you can die from one of those rare – and they are rare – blood clots,” she told reporters. “The younger you are the more likely it is that it will happen.”

“The type of scaremongering that we have seen coming from the Queensland premier and the Queensland chief medical officer do not help confidence, they do help anti-vaxxers,” he told reporters.

One of co-chairs of the Australian Technical Advisory Group on Immunisation (ATAGI) Christopher Blyth on Thursday attempted to clear the air. He said the group’s advice that people under 60 should get the Pfizer vaccine hadn’t changed.

“I do not believe at this stage that young people should be receiving AstraZeneca at this stage, unless their circumstances prefer that there are some situations where that would be warranted,” he told ABC radio.

COVID-19 taskforce commander Lieutenant General John Frewen on Thursday revealed 2,616 Australians under 40 had chosen to have the AstraZeneca vaccine since Monday evening.

“It’s really important that Australians have now got a choice about whether they make an informed decision about accessing AstraZeneca,” he told reporters.

The federal government has now also conceded that Australia would not be at the front of the queue for receiving more Pfizer supplies, expected to arrive in time for October.

“European countries and drug companies have favoured those nations who had high rates of COVID for the delivery of vaccines like Pfizer, which has put countries like New Zealand and Australia at the back of the queue.” Senator Birmingham said. 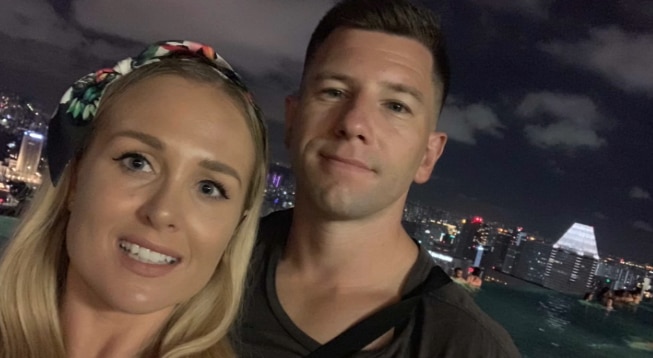 Bas Bolyn, who is among those under 40 who’ve decided to take up an AstraZeneca jab this week, said those who want the vaccine should be able to access it.

“This is a really challenging time and the only solution we have is to get vaccinated,” he told SBS News.

He wants to leave the Pfizer vaccine for people like his wife, who has health complications.

“If there’s an opportunity to do so and you’re comfortable with the risk … then I think anyone who’s an adult should be able to consent and do it,” he said.

Amid Australia's confusing advice on AstraZeneca, this is how other countries are using it

The defamation laws have just changed in most of Australia. Here's why that matters

How can younger Australians decide about the AstraZeneca vaccine? A GP explains