Almost 250 people are in insolation and NSW authorities are on high alert after a person from Melbourne who was later diagnosed with COVID-19 visited the South Coast late last month.

Extra testing clinics were set up after Victorian health officials notified NSW Health the person visited Jervis Bay, Goulburn, Hyams Beach and Vincentia on 23 and 24 May.

The man had some symptoms on 25 May after driving back to Melbourne the previous day. He tested positive on Monday, nearly a week later.

NSW recorded no new cases of community transmission on Wednesday, but the man’s wife and child have also since tested positive.

NSW recorded no new locally acquired cases of COVID-19 in the 24 hours to 8pm last night.
One new overseas-acquired case was recorded in the same period, bringing the total number of
cases in NSW since the beginning of the pandemic to 5,399. pic.twitter.com/RXq5iFUX2G

Chief Health Office Kerry Chant said NSW Health was working with Victorian authorities to determine who in the family contracted the virus first.

“If this gentleman was the source for those individuals, then they were not potentially infectious when they were in NSW, and clearly if the reverse is the case, that may take back the exposure period,” she told reporters on Wednesday.

Already 243 people have been instructed to get tested and isolate while they await further instructions from NSW Health.

“We’ve asked (them) to stop and stay until we actually really understand and do a full assessment of the risk,” Dr Chant said.

Parks Australia have since announced Booderee National Park will shut until at least midday on Friday.

The popular Cooked Goose Cafe has also closed for deep cleaning with the owners and eight staff in isolation.

Victorian authorities have flagged they believe the variant circulating in the state is much more infectious than previous variants, capable of transmitting between strangers with very minimal contact.

Those concerns prompted the Victorian government to extend the lockdown for Greater Melbourne for at least another seven days until midnight on 10 June.

However, Dr Chant downplayed those fears, saying NSW has also had occasions we have had transmission with very minimal contact.

“In some circumstances sometimes COVID can be transmitted by very minimal contact,” she said.

“(But) clearly this appears to be a more transmissible strain in general.”

As with previous lockdowns, anyone travelling to NSW to escape lockdown conditions would find themselves forced to abide by them here, Ms Berejiklian said.

Local MP Shelley Hancock said the news a case had visited the South Coast with a highly contagious variant was “super alarming” and is concerned about the impact of an outbreak on the area’s elderly population. 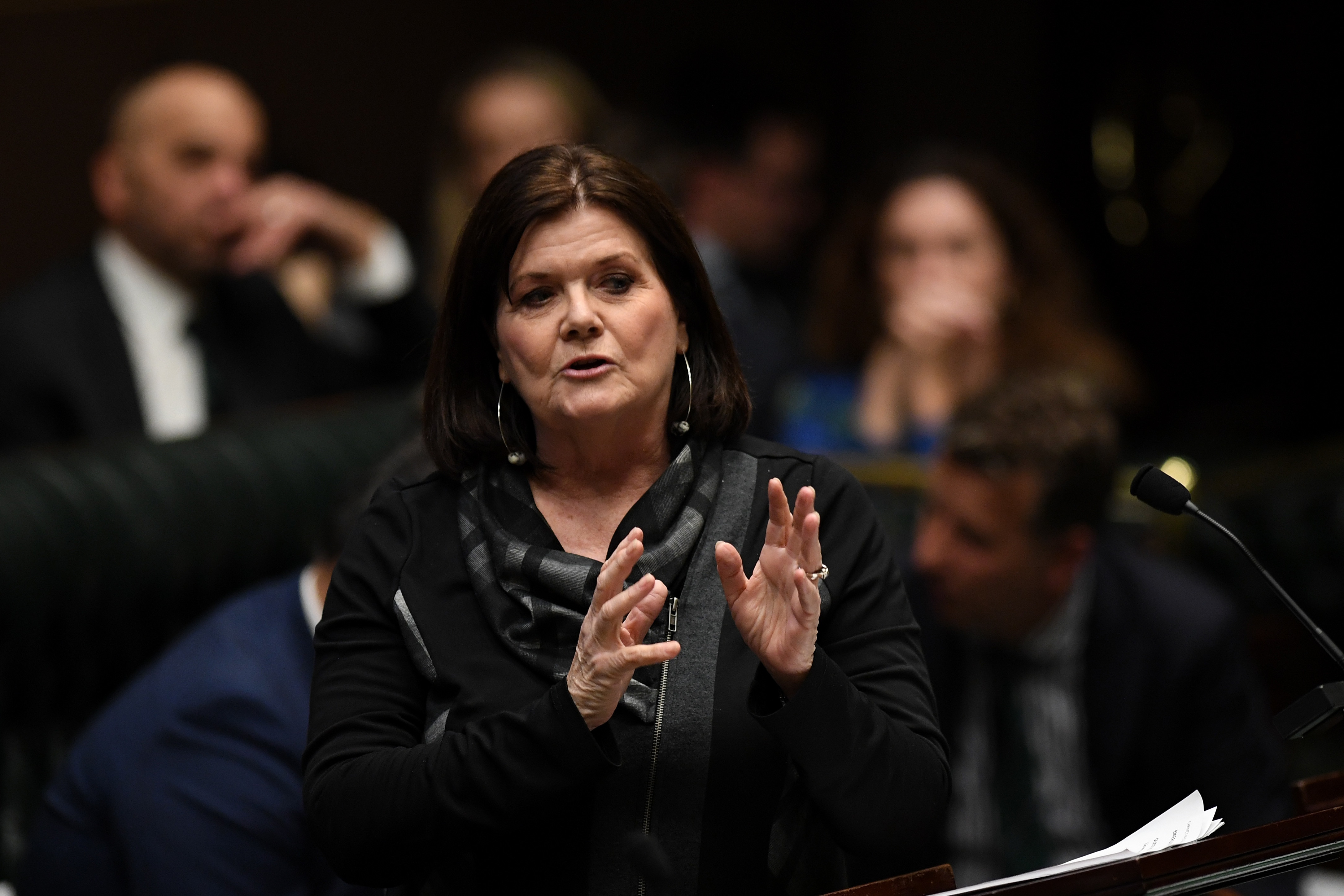 NSW South Coast MP Shelley Hancock, pictured in 2019, is urging locals to get tested for COVID-19 after a potentially infectious person visited the region.

The premier echoed that message, urging NSW residents to come forward for testing.

“They know the drill when there are cases in other parts of Australia,” Ms Berejiklian said.

“We’ve seen more than 21,000 people come forward in the last 24 hours in NSW and get tested – that’s outstanding.”

She also urged NSW residents to get vaccinated as soon as they’re eligible.

Tiananmen Square massacre: China is erasing history of its most shameful day