Josh Frydenberg wants to drive Australia’s unemployment rate below five percent before he begins the task of budget repair, in a marked shift in strategy.

The treasurer initially set a target of below six percent last year to begin the repair process after spending billions of dollars protecting the economy from the impact of the COVID-19 pandemic.

Summary show
The unemployment rate has since fallen to 5.6 percent.
“Austerity should never have been on the table in the first place,” he told AAP.
Previously it was thought to be five percent.

The unemployment rate has since fallen to 5.6 percent.

In a speech ahead of the May 11 budget, Mr. Frydenberg also laid out key areas that will be targeted to get more people in jobs with better pay.

“That is what our fiscal strategy is designed to achieve,” he told the Australian Chamber of Commerce and Industry event in Canberra on Thursday, adding this will be another “pandemic budget”.

In the long run, he said the key to sustainably delivering higher real wages was through a lift in productivity.

“That is why the government will continue to pursue a range of reforms and investments to boost productivity and set Australia up for the future,” he said.

This would include measures in the areas of skills, infrastructure, tax, energy, the digital economy, and deregulation, “to name just a few”.

He told ABC radio before delivering the speech there was a lot of uncertainty caused by the pandemic.

Asked when he hoped to see the unemployment rate below five percent, Mr. Frydenberg said that would be contained in the budget forecasts, covering four financial years.

Economics consultant Nicky Hutley described the change in the jobless rate target as an “excellent piece of policymaking”.

But she said everything would hinge on what was actually in the budget because unemployment would not get there without extra or ongoing support.

“While making further inroads into unemployment may involve extra government spending if successful, it can also add to economic capacity and improve the budget bottom line in coming years,” he said.

In the speech, Mr. Frydenberg pledged he would not make a sharp pivot towards “austerity”.

Shadow treasurer Jim Chalmers thought it was “remarkable” that Mr. Frydenberg had to rule out austerity measures publicly.

“Austerity should never have been on the table in the first place,” he told AAP.

Mr. Frydenberg says the virus remains a threat to both the global and domestic economies. International borders remain closed mainly; Australia’s population growth is the lowest in a century, and interest rates are close to zero.

“For these reasons, we remain firmly in the first phase of the economic and fiscal strategy,” he said.

“We will not move to the second phase of the fiscal strategy until we are confident that we have secured the economic recovery.””

Previously it was thought to be five percent.

“In effect, both the RBA and Treasury’s best estimate is that the unemployment rate will now need to have a four in front.” 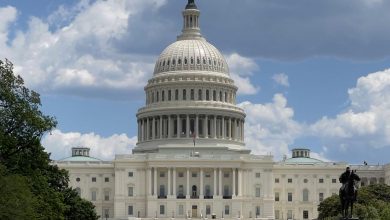