The state recorded two local cases in the 24 hours to 8pm, including a man in his 30s who was revealed on Saturday. The second is a woman in her 30s and a close contact of that man.

A further two cases were found after 8pm and will be included in Monday’s numbers.

These include a woman in her 50s from the Sutherland Shire, a family contact of a previously recorded case. She is now in isolation, but the list of the exposure sites is being updated to reflect venues she visited whilst infectious.

The other new case is a man from the Sutherland Shire in his 50s, who is believed to he acquired the virus while working at a Salvation Army store.

She renewed pleas for people who visited the Bondi Junction Westfield shopping centre on 12 and 13 June to present for testing.

Detection of virus fragments have been identified in the Brooklyn catchment area, and the Camilla North and South catchment areas.

Mandatory mask wearing will be extended to indoor settings, including hospitality workers, in seven local government areas in Sydney around the Eastern Suburbs. 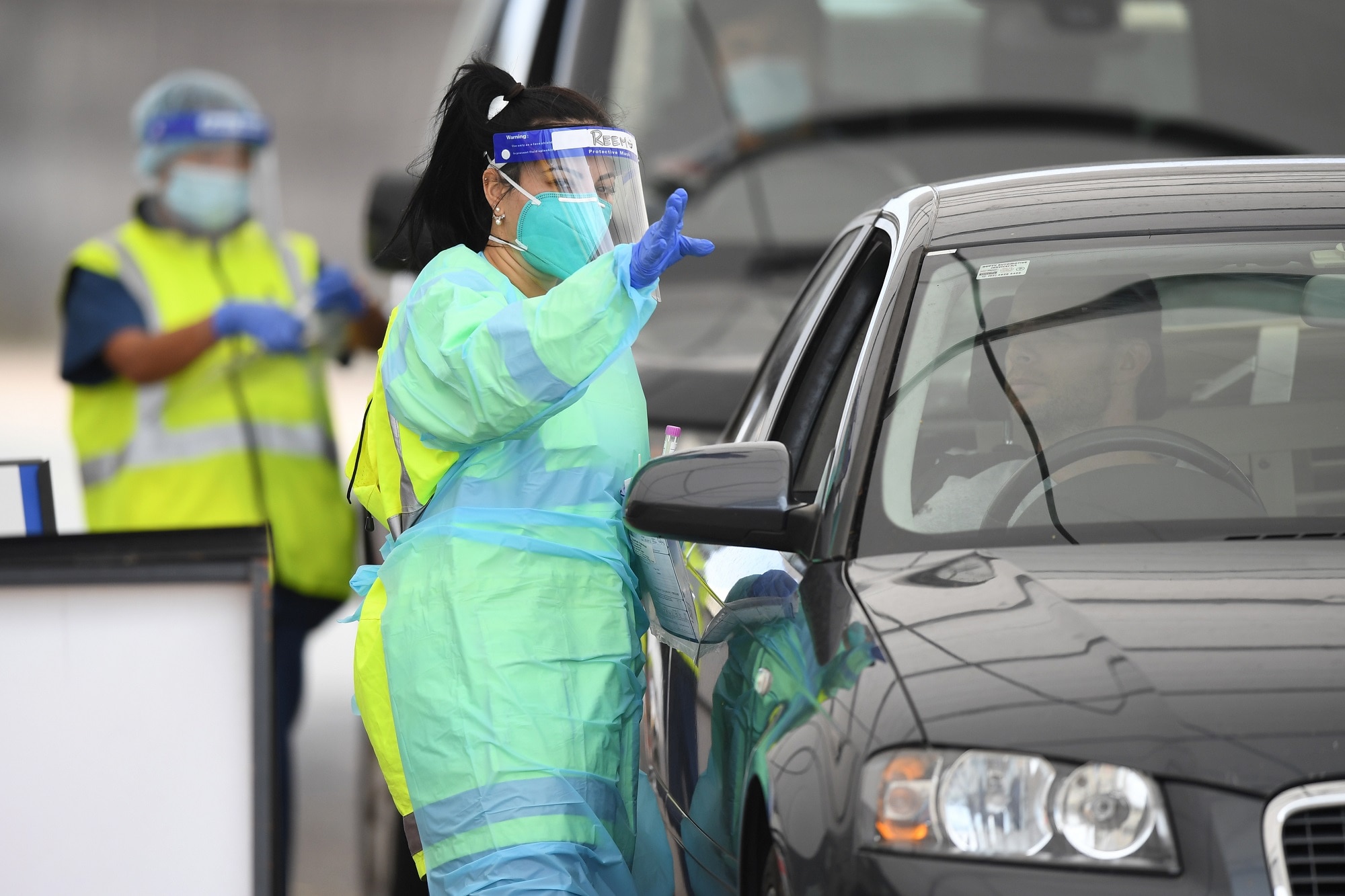 A person is tested at a coronavirus testing facility at Bondi Beach in Sydney on 19 June 2021.

“It is important for all of us to be on high alert, no matter where we live,” NSW Premier Gladys Berejiklian said.

The compulsory mask wearing on public transport will be extended to the Wollongong and Shell Harbour areas.

“We ask everybody to not be complacent,” Ms Berejiklian said, adding that further restrictions will be introduced, if necessary.

“We know everybody is tired. All of us are. We have to keep doing the right thing until we get the vaccine to the majority of our population.”

Dr Chant said the mask rules would operate in a similar way to measures adopted last year in Sydney’s lockdown, with a fact sheet clarifying details to be released later today.

Masks won’t be expected in school settings, nor where it impractical while eating, or doing strenuous physical exercise like swimming, although Dr Chant urged people to adopt physical distancing and hygiene protocols wherever possible.

“It is around common-sense. We are asking everyone to moderate (their activities) at this time to ensure the social distancing.”