NSW Premier Gladys Berejiklian has announced Greater Sydney’s lockdown will be extended by at least two weeks, naming Friday, 30 July as the earliest possible date for lifting the stay-at-home order.

It comes as the state recorded 97 new local coronavirus cases on Wednesday, with 24 of them in the community while infectious. Sixty of those cases were isolated for the entirety of their contagious period, seven were isolated for part of that period, and the isolation status of the remaining six cases is still under investigation.

Summary show
Of the 97 new cases, 61 are linked to known clusters, and 36 are under investigation.
None of us want to be in this situation.

Of the 97 new cases, 61 are linked to known clusters, and 36 are under investigation.

“I appreciate people are stressed and upset about what is going on, myself included,” Ms. Berejiklian said.

None of us want to be in this situation.

Home learning will continue for the duration of the two-week extension, except for the children of essential workers. The premier did not rule out making further extensions to the lockdown, saying the number of people infected in the community would be the most critical factor.

“The 24 number is what we have to get down to as close to zero as possible before we can end the lockdown,” Ms. Berejiklian said. “We will obviously assess the situation at the end of the two weeks and provide further information beyond that.” NSW Chief Health Officer Dr. Kerry Chant said 70 of the new cases were from south-western Sydney. “The pattern is household transmission, but we are seeing transmission in workplaces,” she said.

“Of today’s cases, the vast majority were in south-western Sydney, and most of these are from the local government area of Fairfield.” The state moved to introduce mandatory testing for essential workers in the Fairfield local government area yesterday.  That resulted in hours-long waits for testing, with queues of cars stretching kilometers through suburban streets. 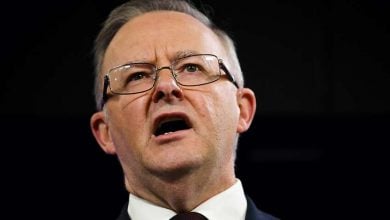