New South Wales has recorded 31 new local cases of COVID-19, 13 of which were infectious while out in the community.

Twenty-seven of the new cases uncovered in the 24 hours to 8pm Thursday are linked to previous infections, and 17 are household contacts.

Four of the new cases remain under investigation.

Only 11 of the 31 new cases were in isolation during their infectious period.

NSW Premier Gladys Berejiklian said she was “relieved” the case numbers were not higher, but stressed the next few days would be “critical”.

“This pretty much reflects the days just before, and the day when we went into lockdown,” she said.

“We are anticipating there could be an increase in numbers over the next few days, then, hopefully early next week, we should see the impact of the lockdown really turning and having a positive impact.”

There are now nine cases linked to the student nurse who worked at Sydney’s Royal North Shore Hospital and Fairfield Hospital, bringing that cluster to 10.

Five in the cluster are healthcare or aged care workers, and four of them worked while infectious. Contacts in patients and staff at the facilities have been identified and tested.

Anyone at the supermarket between 2pm and 7pm on Tuesday and between 5.30pm and 6.30pm on Wednesday must get tested and isolate for 14 days.

Shoppers at certain times last Saturday will be casual contacts.

The alert follows earlier warnings for potential exposure sites including the T2 domestic terminal at Sydney Airport, the Des Renford Swimming Pool at Maroubra in Sydney’s east and Club Marconi at Bossley Park in the west.

A full list of all NSW exposure sites can be found here. 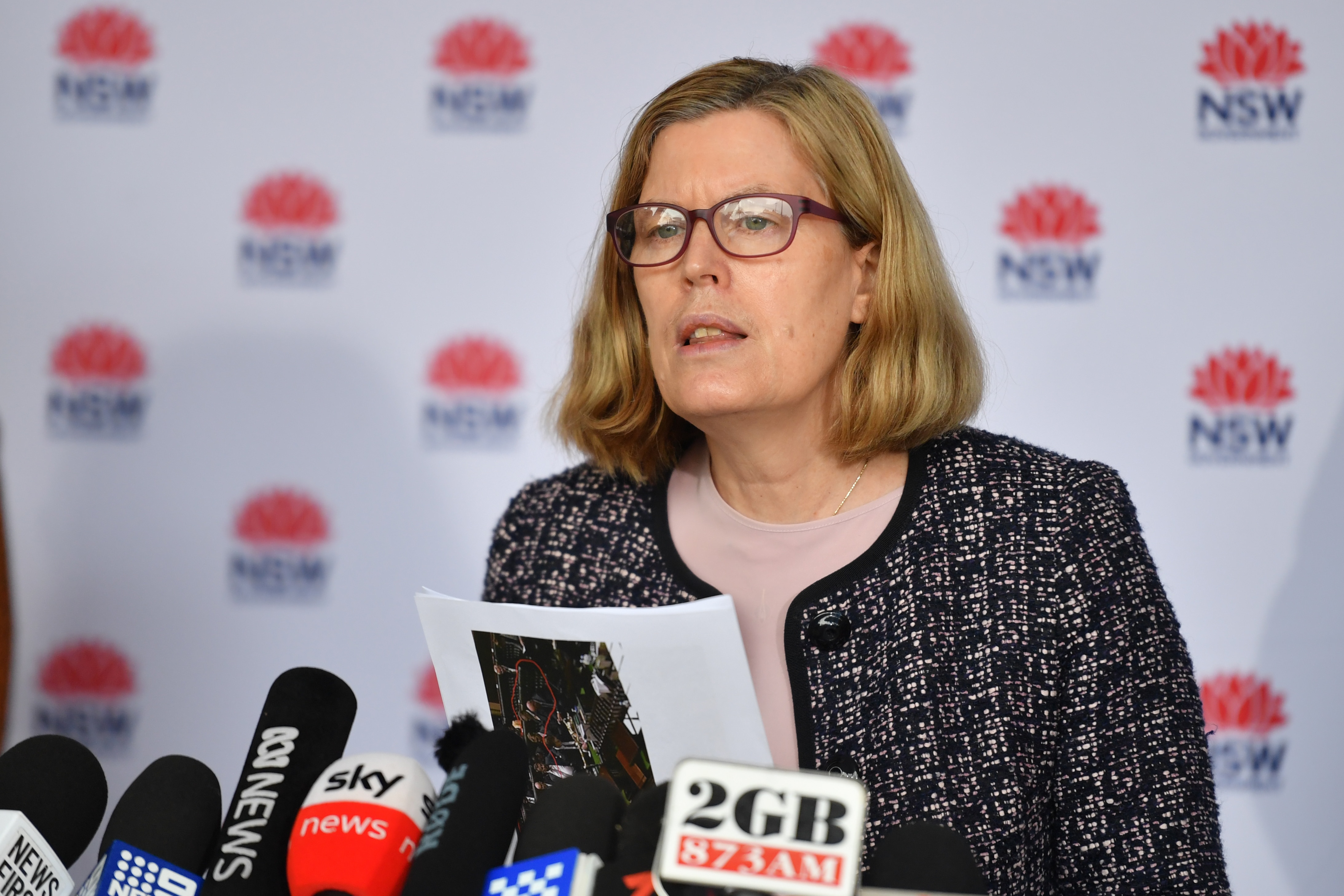 “We have had a sustained testing level that we have never seen before in the state,” Dr Chant said.

“I think the community response has been amazing, but we cannot get fatigued – we have to continue to track down any signs of infection in the community.”

NSW has recorded 226 locally acquired infections since 16 June, when the Sydney eastern suburbs airport driver tested positive for the virus.

The state is treating 172 active cases, with three people in intensive care – none on ventilators.