The 31-year-old, who wore a dark shirt, blue jeans, and had shoulder-length dark hair, spoke only to confirm her name and that she could hear the proceedings. Let is alleged to have murdered five baby boys and three baby girls while working at the Countess of Chester Hospital.

She is also accused of the attempted murder of five baby boys and five baby girls, all in the space of a year. Let was arrested in 2018 and 2019 as part of the police investigation at the hospital, which began in 2017. Police launched a probe after the hospital raised concerns at the high number of deaths between March 2015 and July 2016, which were 10 percent above average.

An internal inquiry was undertaken when medics found premature babies had died following heart and lung failure. The 25-minute hearing on Monday dealt with administrative and case-management matters ahead of a trial next year. Mr Justice Dove adjourned proceedings for a week, to hold a further case-management hearing at the same court on May 17.

The defendant remains in custody. 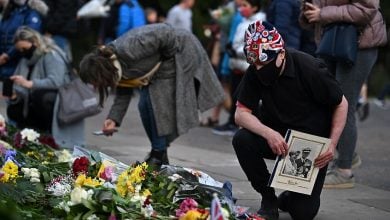