Just over 1 percent of people living in a disability care setting have been fully vaccinated despite being identified as a government priority for the vaccine rollout.  The figure was revealed in Senate estimates on Tuesday as Aged Care Services Minister Richard Colbeck came under pressure for not knowing the exact number of aged care workers vaccinated.   Only 355 out of more than 22,000 people living in residential disability care have received two doses of a coronavirus vaccine. According to evidence in the estimated hearing, a further 3,100 people in this group have received their first vaccine dose. The number of vaccinations is higher among National Disability Insurance Scheme participants living in an aged care setting – with 2,600 out of around 5,000 residents fully vaccinated.

The elderly and people with disabilities were both identified as top vaccination priorities. The federal government initially promised that phase 1a of the rollout would be completed within its first six weeks.  Senator Colbeck faced intense questioning over the delivery of the rollout on Tuesday during the estimates hearing.

“You can harangue me all you like – I’m trying to answer your question – we are running a cooperative program to rollout the vaccine with the states and territories,” Senator Colbeck replied.

The Victorian outbreak has placed mounting pressure on the federal government’s rollout delivery into aged-care settings after two aged care workers, and a resident tested positive.

“We continue to prioritize and work as quickly as we can, and obviously, we are focused on residents in aged care being the most vulnerable as part of that process,” Senator Colbeck said.

Some 32,833 aged care workers have received two vaccine doses based on minimum estimates provided to the hearing – out of an estimated 366,000 people employed in senior care nationally

Department officials said 64 percent of aged care residents had been fully vaccinated nationwide, including 57 percent in Victoria, more than three months after the rollout.

But Senator Colbeck could not provide the exact number of aged care workers vaccinated.

TOn Tuesday, the Victorian governmentannounced a five-day “vaccine blitz” that will target aged care workers, disability care staff, and people with disability in residential care.  Around 85 percent of residents have consented to take the coronavirus vaccine, but officials told the hearing that some have declined due to illness. 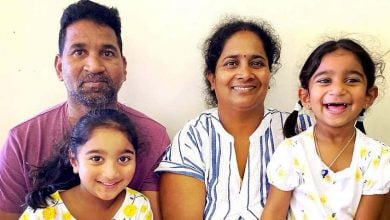