Liberal Senator James Paterson had revealed he holds concerns about China’s lack of transparency amid revelations researchers discussed the use of biological weapons five years before COVID-19 struck. Mr. Paterson – who chairs the Parliamentary Joint Committee on Intelligence and Security – said he was “concerned” that Chinese military researchers had discussed biological warfare in the document. “What this paper show is it is of a great deal of interest to the highest levels of the People’s Liberation Army,” he said. “What we would ask of them, as we’d ask of any government in the world, is to be transparent and open about that.” Mr. Paterson said as China was a signatory to major international agreements banning biological weapons research, he was concerned whether the interest in the paper had “gone further”.

“China, like many other countries, has entered into obligations not to conduct research of this nature for all these reasons outlined in your introduction,” he said. “They are dangerous weapons that could do massive harm to our societies, and no one wants to see them released. “The interest they have is noteworthy, and what we’d be concerned about is whether that interest has gone any further.”

His comment came after Sky News host Sharri Markson revealed in The Australian newspaper that a document produced by Chinese military scientists discussed the weaponization of SARS coronaviruses five years before the pandemic hit. The sentiments shared by Mr. Paterson were echoed by his British counterpart Tom Tugendhat who chairs the United Kingdom’s Foreign Affairs Select Committee.

Mr. Tugendhat said the decision by China’s top military scientists to engage in discussions about biological weapons was in itself a concerning development.

Summary show
“This is not a fringe scientist talking about it in a sort of conspiracy way,” he said.
“It is concerning that this is a major Chinese scientific institution talking about such weapons.”
Mr. Paterson went so far as to describe China’s actions as being “obstructive”.

“This is not a fringe scientist talking about it in a sort of conspiracy way,” he said.

“This is a mainstream scientist who’s got the ear of the leadership of the Chinese Communist Party who is talking about some of the most dangerous weapons the world has ever known.

“It is concerning that this is a major Chinese scientific institution talking about such weapons.”

Both men raised concerns about how transparent China had been in dealing with the World Health Organisation investigation into COVID-19.

Mr. Paterson went so far as to describe China’s actions as being “obstructive”.

“The obstruction of the World Health Organisation’s investigation into the origins of COVID-19 does raise real concerns about that failure to be transparent,” he said.

When the World Health Organisation team got to China, they found themselves obstructed every step of the way regarding access to data, personnel, and binding sites. “If they were not willing to be transparent with that process, I fear they will not be ready to be okay with any method.

Here's what to expect from Australia's 2021 federal budget 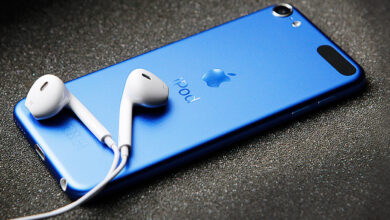