The new infection, the first and only case associated with the highly contagious variant, is a 65-year-old Philippine national, authorities said on Thursday.

It comes as the Pacific nation, which lies 150 kilometers from Australia’s northernmost islands, has been grappling with a steep rise in infections in recent months, prompting Australia to send medical help.

The Deputy Controller of the PNG COVID-19 National Pandemic Response, Dr. Daoni Esorom, said the case is currently isolated at the Pacific International Hospital and stable. The infected man is the Grand Tajima cargo ship captain, which departed from the Banjarmasin Port in Indonesia on 26 June.

He became ill while at sea, and the ship arrived in Port Moresby on 7 July.

“From the start, this case was treated as being a possible COVID-19 Delta mutation infection, and so the strictest safety measures were observed,” Dr. Daoni said in a media release. “When the ship’s captain returned a COVID-19 positive test result, genome sequencing was undertaken in Melbourne. “At 9am this morning, it was confirmed that the ship’s captain tested positive with the COVID-19 Delta strain.”

Six people who accompanied the captain to shore also went into quarantine as an additional precaution. Five of them are Papua New Guineans, and one is from the Philippines.

All six have so far tested negative to COVID-19 and will be retested, Dr. Daoni said.

An additional six crew members have tested positive, but not for the Delta variant.

“It must be stressed that these crew members have not tested positive for the Delta strain, and we are awaiting test results. Two of these crew have become unwell and are now in the isolation ward at the Port Moresby General Hospital,” he said.  The four other crew who tested positive, but are not showing symptoms, remain in quarantine on board the ship. The remaining eight crew members are also in quarantine on the ship.” 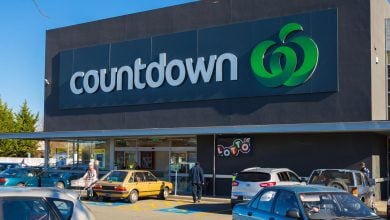