On Saturday, Norwich’s reward for sticking to long-term financial and team planning rarely in modern soccer is an impressive return to the English Premier League.

Norwich was assured of promotion with five games to spare, even before kicking off Saturday against Bournemouth, after rivals failed to win in early second-tier games.

Now the Canaries’ distinctive yellow and green colors are being carried toward the League Championship title with more points than they won as champion two years ago. And with the same coach and core of players that slumped to a humiliating exit from the Premier League last July.

Critics dismissed Norwich as provincial “tourists” in the big city, whose lack of big-money buys showed it cared more about staying debt-free than staying in the Premier League.

The team did look broken, and fans feared the damage would not heal for a 46-game, eight-month grind in the English Championship. One option was to fire Farke, freshen the team, and sell a swath of coveted talent to fill lost income gaps from broadcast rights and matchday trade.

That was not the Norwich path a sporting director, Stuart Webber, empowered by one of English soccer’s most famous club owners. Television chef Delia Smith has been a Norwich fan for more than 50 years and the majority shareholder since 1996.

They entrusted Farke to retain an easy-on-the-eye passing and high-energy pressing game typical of the Borussia Dortmund school. It’s where Farke was a little-known reserves coach when Norwich hired him in 2017.

Norwich also stuck to a plan of low-cost player signings and selling high. The investment was sustained in the youth academy to restock the team with homegrown talent.

“This is the formula for us,” Smith told an online audience of soccer industry leaders in February. “We would rather have 40 million from (selling) Max Aarons than an Arab sheik or an oligarch.”

Summary show
If you say to me that’s a bit utopian, I will take that. I am utopian,” the 79-year-old Smith said.
Sign up for Daily Newsletters

If you say to me that’s a bit utopian, I will take that. I am utopian,” the 79-year-old Smith said.

Aarons was targeted by Barcelona and Bayern Munich, but the 21-year-old right-back stayed to have another standout season playing more than 40 games. The 40 million pounds ($55 million) Norwich did need this season came from selling two young defenders, Ben Godfrey to Everton and Jamal Lewis to Newcastle.

The crucial deal not made was resisting Arsenal’s interest in playmaker Emi Buendia, who was dropped by Farke for early-season games when seemingly distracted by transfer talk. Buendia rebounded to be the outstanding creative player in the division, delivering 12 goals and 15 assists to supply 25-goal forward Teemu Pukki.

Pukki found his form in mid-February with 11 goals in nine straight wins that were the flipside of last season’s losing streak. He will lead Finland’s attack at its European Championship debut in June.

The essential addition was Oliver Skipp, a 20-year-old midfielder who protected the defense and linked the team’s play. Persuading Tottenham to loan Skipp to Norwich for one more season is a top priority, along with keeping Buendia. Norwich has now been promoted to the Premier League a record five times in the 25 years Smith and her husband, Michael Wynn-Jones, have been majority shareholders.

Critics also point to immediate relegation in three of the subsequent seasons – there was a three-year Premier League run up to 2014 – as evidence the Norwich way does not work at the elite level.

But don’t expect Smith to apologize for a philosophy giving the club stability under owners who are a rarity in the Premier League. They live in the local community among fans on a waiting list to get season tickets at 27,000-seat Carrow Road. Norwich has never been champion of England – the best was third place in 1993 – but there is still ambition beyond just being in the Premier League.

We weren’t ready,” Smith said of relegation last year. “That is our aim, to make ourselves ready. 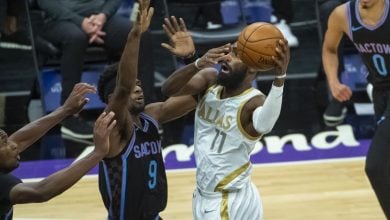 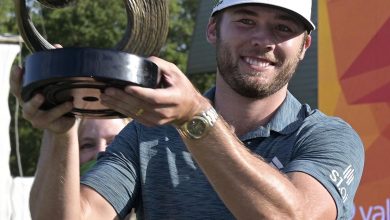 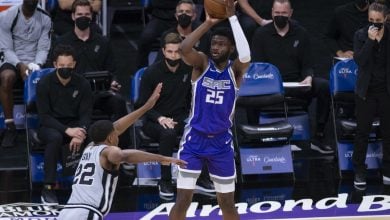 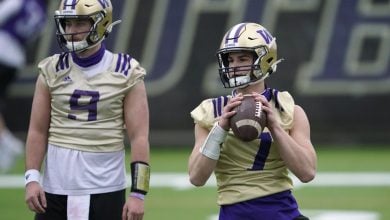