Labor Senator Patrick Dodson has pressured government officials to ensure plans to improve the reporting of Indigenous deaths in custody can deliver change. This week, the Australian Institute of Criminology (AIC) revealed it would now report data on Indigenous deaths in custody every six months, following sustained criticism over a failure to provide this data previously.  The change will see the bodywork directly with the National Indigenous Australians Agency (NIAA) to more effectively report the information to help drive policy reform through the Closing the Gap agreement.   Senator Dodson questioned NIAA officials at a Senate estimates hearing on Friday over how they would ensure accountability around the use of the data. “How you manage the data and what effective knowledge comes from that outcome is critical to addressing the causes for why people die in custody,” he told the hearing. “We’re living in a very embarrassing situation – a scandalous situation and a hurtful situation where so many people have died since the deaths in custody report came out.”


Relying on the States to deal with the crisis of First Nations deaths in custody simply doesn’t cut it. Better reporting and the National Agreement on Closing the Gap can’t fix this issue without leadership and funding at the federal level. pic.twitter.com/1Lg66PAfML

The royal commission into Aboriginal deaths in custody in 1991 identified a lack of reliable statistics as a critical concern, recommending deaths in custody be monitored on an ongoing basis.  In response, the AIC established a national death in custody program in 1992, but delays in its reporting methods have since prompted repeated reforms.

National Indigenous Australians Agency chief executive Ray Grigg said the change in reporting would allow the information to be used better. “The big difference between this and previous approaches is that this group is working together to share that information,” he said. “As you know, part of the challenge has been there’s been a bit of siloing of data – and some of these outcomes. What we’re trying to do through the policy partnership is to inject it into the Closing the Gap agreement – into the jurisdictional implementation plan.”


The government’s response to these concerns has come under further scrutiny this year – with eight deaths in custody recorded across Australia since March.  ON TUESDAY, the AIC’s Dr. Rick Brown told separate estimates hearing that, up until three years ago, the reports it published were made up of data consisting of “two years at a time.”  “[This] obviously meant … you could have a period of three and a half years between a death and it being reported,” he told the hearing. 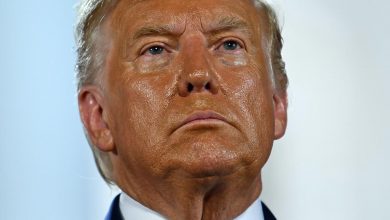