Philadelphia’s pitching staff was the story of the season-opening series as the starting trio of Aaron Nola, Zack Wheeler, and Eflin surrendered only three runs, 11 hits, and one walk in 20 2/3 innings against an Atlanta lineup that led the majors in 2020 with 556 hits.

Summary show
The Phillies bullpen, which posted a 7.06 ERA in 2020, didn’t yield a run in 7 1/3 innings in the set.
CROWDSOURCING
UP NEXT
Sign up for Daily Newsletters

Eflin went seven strong innings, allowing only four hits and one walk while striking out eight. The lone mistake he made was hanging a curveball to Travis d’Arnaud, who pierced the winds blowing into Citizens Bank Park with a tying, solo homer in the seventh that ended Atlanta’s 19-inning scoring drought.

Philadelphia regained the lead in the eighth as Rhys Hoskins, Bryce Harper, and Bohm hit consecutive singles off Chris Martin (0-1). Hoskins scored just ahead of the throw from center fielder Cristian Pache.

Atlanta starter Ian Anderson wiggled in and out of trouble early, striking out seven hitters while allowing four hits. Andrew Knapp homered in the second. Hector Neris recorded his first save, dodging a situation caused by two-out walks to Freddie Freeman and Marcell Ozuna. D’Arnaud flied out to end it.

After playing in front of 8,500 people in the first two games of the homestand, the Phillies received permission from the City of Philadelphia to increase attendance on Sunday to almost 11,000 fans – roughly 25 percent of the attendance at Citizens Bank Park. The club announced a crowd of 10,773 for Sunday’s finale, with social distancing pods scattered around all levels of the ballpark.

The Commonwealth of Pennsylvania increased attendance limits at outdoor sports and concert venues to 50 percent on Sunday and 25 percent at indoor venues. However, the city of Philadelphia has different regulations and has limited attendance to just 20 percent before Sunday.

Braves: Atlanta was scheduled to play at Washington in a three-game set beginning Monday. The Nationals had their first three games of the season called off because of a COVID-19 outbreak. Drew Smyly will make his first start for the Braves after coming over as a free agent from San Francisco. The Nationals have not announced their starting pitcher and were not fully cleared to have full-squad workouts on Sunday afternoon. Phillies: Host the New York Mets in a three-game set beginning on Monday.

Philadelphia will send newly signed left-hander Matt Moore to the mound for the first time. Moore spent the 2020 season in Japan after pitching just twice for the Detroit Tigers in 2019. He will face two-time Cy Young winner Jacob deGrom, who will make his debut in New York’s delayed opener after a weekend series in Washington was postponed due to the Nationals’ COVID-19 issues. 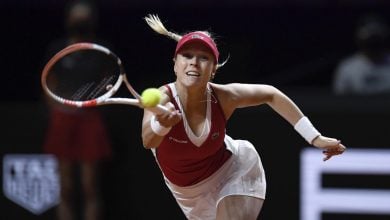 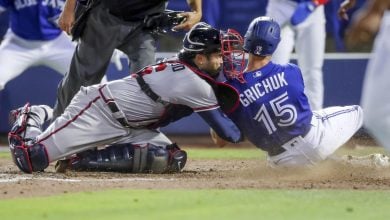 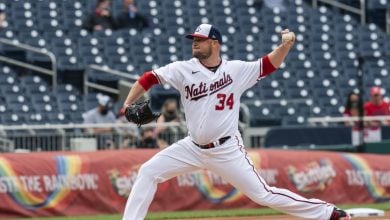 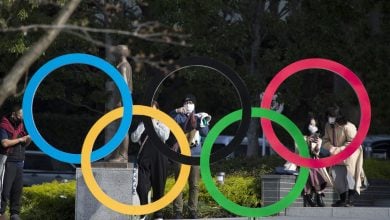