The government’s rollout plan has been plunged into chaos over revelations. The AstraZeneca jab, which had been set to account for most vaccinations in Australia, was linked to a rare but deadly form of blood clotting.

Mr. Morrison announced on Thursday night authorities had recommended the Pfizer vaccine as the preferred jab for 11.2 million Australians aged between 18 and 49.

But speaking after a meeting of the federal cabinet on Friday, the Prime Minister stressed there was no blanket ban on the AstraZeneca jab, which he declared a “lifesaving vaccine”.

“It is not a prohibition on the AstraZeneca vaccine; it recommends and notes that the risk of these side effects is remote. They are scarce,” he said.

“There was no instruction not to take that vaccine. There is an acknowledgment of the risk that is there, but as is the case always with these matters, these are decisions for Australians.”

Mr. Morrison claimed AstraZeneca remained a “critical component” for the nation’s rollout strategy and rejected suggestions confidence in the vaccine had been irreparably undermined. “The information is obvious that if you’re over the age of 50, it is recommended that you do have the vaccine,” he said.

“You would be putting yourself at risk if you didn’t get the vaccine … COVID is a much greater threat by a factor many, many times over than the AstraZeneca vaccine.” He declared the government’s priority remained to complete phase 1A and 1B of the rollout, the bulk of which was made up of people over 50.

Passage of Kansas bill on trans athletes won't be veto-proof 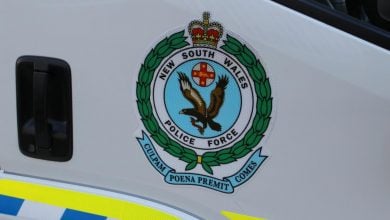