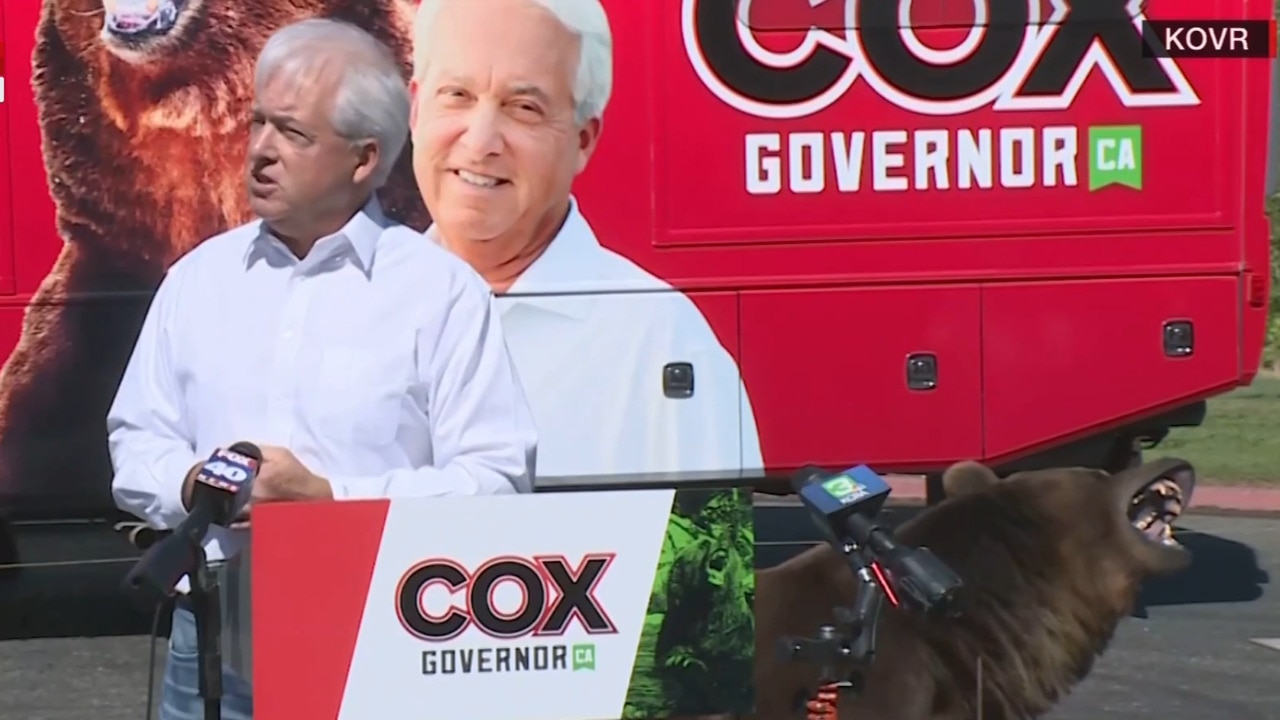 The race for governor of California is looking more like a circus every day after a rent a bear was recruited to kick off one candidate’s campaign and star in his advertisements and now the candidate is complaining about too much focus on the bear.

Republican candidate John Cox rented nine-year-old Tag the bear for the kick off of his campaign tour dubbed Meet the Beast.

Mr Cox, who lost his last race for governor by a landslide, recruited Tag for the starring role in his campaign video.