Facebook Twitter LinkedIn Pinterest WhatsApp
Summary show
Prince Philip, the longest-serving royal consort in the British royal family, has died aged 99.
On Friday at 9pm AEST, a statement from Buckingham Palace confirmed his death.
“The Royal Family join with people around the world in mourning his loss.”

The Duke of Edinburgh, as he is officially known, was in late February hospitalized as a precautionary measure for treatment related to an infection.

On Friday at 9pm AEST, a statement from Buckingham Palace confirmed his death.

“It is with deep sorrow that Her Majesty The Queen announces the death of her beloved husband, His Royal Highness Prince Philip, Duke of Edinburgh,” the statement said.  “His Royal Highness passed away peacefully this morning at Windsor Castle. Further announcements will be made in due course. “The Royal Family join with people around the world in mourning his loss.”

Prince Philip had been married to Queen Elizabeth II for 73 years, making him the longest-serving royal consort in the British royal family. In a video on Friday night, Australian Governor-General David Hurley said it was a “sad and historic day”.

“As we mourn, we should also reflect and give thanks for His Royal Highness’ lifetime of service, devotion, and commitment,” he said. British Prime Minister Boris Johnson said Prince Philip would be remembered for his “steadfast support” of the Queen, “not just as her consort, by her side, every day of her reign, but as her husband, her strength and stay of more than 70 years”.

“It is to Her Majesty and her family that our nation’s thoughts must turn today,” Mr. Johnson said.

Prince Philip was an environmentalist and “champion of the natural world long before it was fashionable”. He inspired countless young people through his Duke of Edinburgh Awards scheme, the British prime minister said. Australian Prime Minister Scott Morrison said Prince Philip “embodied a generation that we will never see again”. Mr. Morrison noted he had presided as patron or president of nearly 50 organizations in Australia and connected with the Australian Defence Force. Australians send our love and deepest condolences to Her Majesty and all the Royal family,” Mr. Morrison said in a statement.

“The Commonwealth family joins together in sorrow and thanksgiving for the loss and life of Prince Philip. God bless from all here in Australia.” A Greek prince, Prince Philip, married the Queen in 1947. He went on to play a vital role in modernizing the monarchy in the post-World War II period, and behind the walls of Buckingham Palace, he was the one key figure she could turn to and trust. The former naval officer admitted he found it hard to give up the military career he loved and take on the job as the monarch’s consort for which there was no clear-cut constitutional role. After completing more than 22,000 solo appearances, he retired from public life in 2017, although he occasionally continued to appear at official engagements. 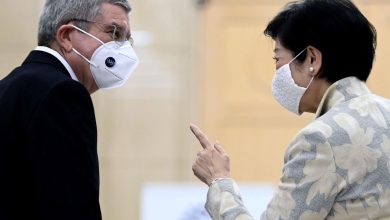