Just eight months after losing her brother Ben Keough, actress Riley Keough made a touching announcement on Instagram: she had completed her training to become a death doula. I just felt like writing such a resounding thank you to this community teaching and training people in conscious dying and death work. We are taught that it’s a morbid subject to talk about. Or we’re so afraid of it that we’re unable to talk about it… then, of course, it happens to us, and we are very ill-prepared,” wrote the daughter of Lisa Marie Presley and granddaughter of Elvis. “I think it’s so important to be educated on conscious dying and death the way we educate ourselves on birth and mindful birthing. We prepare ourselves so rigorously for the entrance and have no preparation for our exit. So I’m so grateful for this community and to be able to contribute what I can.

Riley noted she’d gone through the Art of Death Midwifery Training Course by Sacred Crossings, a Los Angeles–based institute that offers workshops and classes in conscious dying and home funerals — both part of a growing movement to approach death through a more old-fashioned and intimate lens: as a non-commercial, non-medical family and community experience. At the event of death and for a few days following, there is a window of opportunity for great healing to occur,” notes Sacred Crossings founder Rev.

On its website, Olivia Bareham (who did not respond to Yahoo Life’s request for an interview). “When a body is whisked away moments after death, this window closes, often permanently, leaving families feeling helpless, unsure, and wishing they had a little more time. It’s possible that Riley (who was not available for an interview) felt that way after her brother died by suicide in July, as it’s not unusual for those who become a death doula (also called an end-of-life doula or death midwife) to have had a profound loss — compounded by an upsetting medical or funereal experience — and to then want to support others in their understanding of death.

Summary show
Story continues
What is a death doula, exactly?

“For folks who do this work, often it is in response to experiences with significant loss… who can respond by helping other people,” Dawn Walsh, a death doula and co-founder of the Lily House in Provincetown, Mass., tells Yahoo Life, noting that she was in her 20s when her mother died violently. “It is the case with me,” she says, adding that she essentially felt like “a spectator” during the rituals that followed. “It’s a calling, end-of-life work… It’s not something that you just do casually.”

What is a death doula, exactly?

A death doula is essentially someone who assists and guides a person through the process of their death. “It’s somebody who is there for emotional support, spiritual support, educational support — a friend to literally walk the path with you and help guide you,” says Walsh, also a green-burial advocate, home-funeral guide, and leader of community death workshops. “And a significant role, which might sound overly simplistic but is profound.

Powerful is of simply being there, of bearing witness — of creating an atmosphere of calm and ease that this is going to be OK, and if you have any fears or worries or anxieties, I can help you unpack them and work with through them.” The doula is also there to help emotionally support loved ones of the dying person by mediating family dynamics or facilitating conversations. “It’s very holistic, every mind-body-spirit,” she says.

Adds Alua Arthur, the death doula and founder of the L.A.–based Going with Grace, which offers doula training and end-of-life planning services, “A death doula is somebody who does all the non-medical care and support of the dying person and their circle of support.” Arthur ended a decade-long career as a Legal Aid lawyer after a trip to Cuba, during which she met a woman on a bus who told her she had uterine cancer. “I asked her, ‘What happens if you die from it?’ and she said, ‘Thank you for asking,’ because nobody was asking — the focus was all on her surviving and beating cancer. That made me really sad because death affects everyone.

Why don’t we engage with it like it is a reality? Six months later, Arthur recalls, her brother became terminally ill, and she sat with him and her sister and her niece “as he drew his last breath.” From that experience, she says, “I saw the practical need for what [death doulas] actually looked like.” Now, through Going with Grace, she works with three different groups of people: the healthy, who want to create comprehensive end-of-life plans; the survivors of those who die, who need help caring for their loved one’s body and wrapping up affairs.

People who are approaching death themselves. “I help them create their deathbed, lend emotional support, help them wrap up their affairs — everything from the lighting of the room to prayers, aromatherapy, music, whatever their desires are.” Through her training programs, Arthur says she’s taken note that many people have wound up there after experiencing personal loss, like Riley, “trying to turn pain into purpose.” 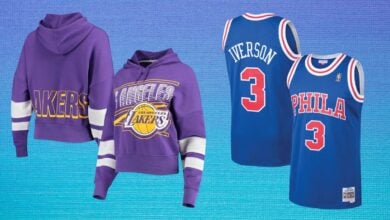 Save 30 percent off NBA gear at Fanatics 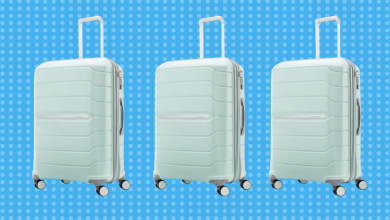 This Samsonite Suitcase Is $85 Off for Prime Day 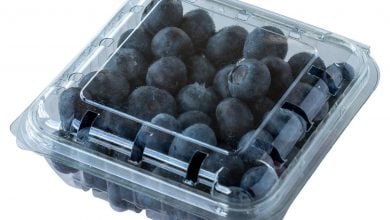 These Popular Blueberries Were Just Recalled Due to Parasite, FDA Says 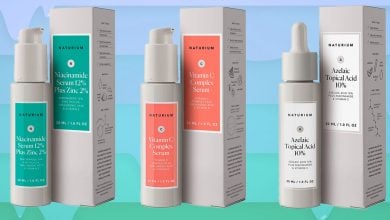 Naturium vitamin C skin serums and more are on sale, today only