CLEVELAND (AP) – Carlos Rodón followed up his no-hitter by hanging around for five shaky innings to beat Cleveland for the second time in a week, and José Abreu homered twice, leading the Chicago White Sox past the Indians 8-5 on Tuesday night.

Rodón (3-0), pitching in short sleeves despite temperatures dropping into the 30s and snow on the way, worked around five walks, giving up a homer and throwing 110 pitches – only four fewer than in his gem on April 14.

The left-hander gave up two runs and three hits. Rodón joined Eddie Cicotte (1917) as the only pitchers in club history to face the same team in his next start after throwing a no-hitter. He was the first to do it since the Angels’ Jered Weaver in 2012.

Summary show
Abreu hit solo homers in the fourth and seventh innings.
Jordan Luplow homered for the Indians, who scored twice in the ninth and stranded 13.
Rodón was far from perfect or historic this time.
EATON SUSPENDED
FIRST TIME
SOX MOVE
TRAINER’S ROOM
UP NEXT
Sign up for Daily Newsletters

Abreu hit solo homers in the fourth and seventh innings.

Tim Anderson connected for a two-run homer off Zach Plesac (1-3), and Yasmani Grandal’s two-run shot in the seventh put the White Sox ahead 7-2.

Jordan Luplow homered for the Indians, who scored twice in the ninth and stranded 13.

Rodón barely missed pitching a perfect game last week against Cleveland, losing it when he hit Indians catcher Roberto Pérez on the foot with one out in the ninth.

However, he finished up the 20th no-hitter in club history and solidified his place with the Sox after undergoing Tommy John surgery in 2019, pitching poorly last season and not being tendered a contract before re-signing.

Rodón was far from perfect or historic this time.

He walked two in the first, andsecond and extended his string of no-hit innings against the Indians to 11 before Luplow led off the third with his fifth homer.

Abreu’s 458-foot rocket shot to the left – it landed four rows from the top of the bleachers – put the White Sox ahead 3-1 in the fourth.

The Indians missed a great scoring opportunity in the fourth, loading the bases with none out on an error, catcher’s interference, and walk.

Rodón struck out two, and could have been in more trouble when César Hernández ripped an RBI single. But Josh Naylor, who was on second, got thrown out at the plate when he ran through third-base coach Mike Sarbaugh’s stop sign.

During the game, MLB announced that White Sox outfielder Adam Eaton has been suspended one game for triggering a benches-clearing incident against the Indians last week – the day after Rodón’s no-no.

Eaton thought Indians shortstop Andrés Giménez pushed him off the bag on a force out in the first inning. He shoved Giménez, setting off some more pushing.

A day after making his pitching debut in Boston, White Sox catcher Yermín Mercedes made his first career start at first base.

Mercedes dropped a throw for an error in the fourth, and was replaced in the fifth. He fouled a ball off his left foot in his the second.

The 28-year-old McRae made two relief appearances with the White Sox in 2020.

White Sox: Manager Tony La Russa said an MRI taken on RHP Lance Lynn showed no damage and he expects the 33-year-old to pitch once his stint on the injured list ends. Lynn was placed on the 10-day IL with a strained right trapezius on Sunday. “All signs are good going forward with him,” La Russa said.

The weather forecast looks promising, but the Indians will start RHP Aaron Civale (3-0, 2.18 ERA). The White Sox have yet to announce their starter for Wednesday. 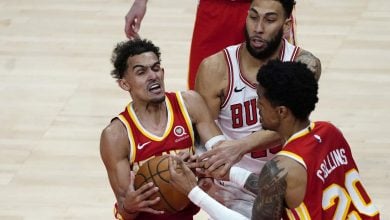 The Latest: NBA’s Hawks to increase attendance in playoffs 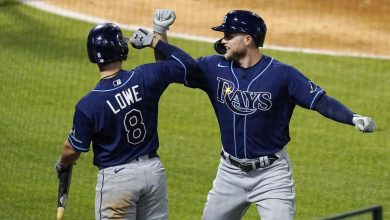 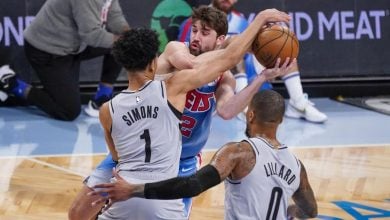 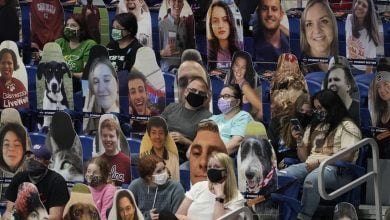