Sarah Sarah is a member of the Karen community, a minority ethnic group from Myanmar, but she has called Darwin home for more than a decade.

She says her life in the Top End is typically a quiet one.

Spending her time weaving traditional garments and bags is one of the ways she retains a small link to her culture and past.

The 52-year-old says life now is a stark contrast from the one she fled close to 30 years ago.

When Sarah was only 15, she lost both her parents within one month of each other. 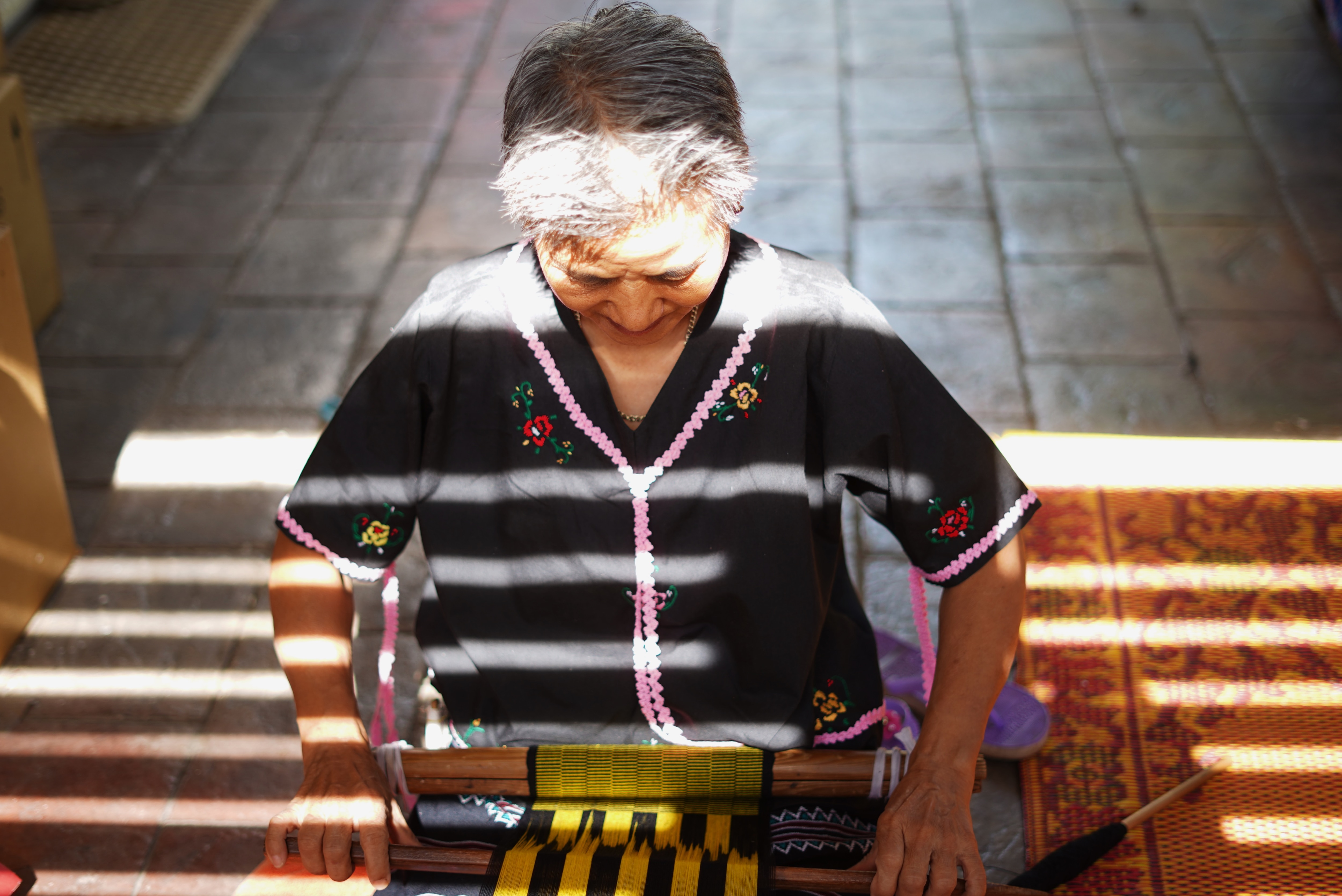 “The Burmese army came to my village,” she says. “The houses were burning, and we didn’t get to see our home again. We had to go into the jungle and make a small house there.”

“My mother gave birth to my youngest sister and died just one week later.”

“The Burmese army then came to my village and took my father [to be a porter]. He came back two weeks later and got sick, and then one week later he died.”

My mother gave birth to my youngest sister and died just one week later.

Sarah was left orphaned and caring for her five siblings; three sisters and two brothers.

Starving and with very little clothing, she says she had to keep them alive while they hid from military forces in the depths of a jungle near her village in Kayin State.

“When we ran into the jungle, I tried to take a little food, which I fed to my little sisters and brothers, but I didn’t have anything to eat, I ate only bamboo.”

In 1992, Sarah left the state alone and on foot, on a three-week journey to the Ban Mae Surin refugee camp on Myanmar’s border with Thailand.

One brother was “lost”, she says. Her youngest sister was adopted by her teacher and taken to the city of Yangon, while her remaining sister and brother arrived at the same refugee camp as her a short while later. During her time there, Sarah had two children – a son and daughter – but says she was forced to leave the common dwelling area and seek further refuge from an abusive partner.

“I ran with my children to the [women’s shelter] in the camps,” she says. “I stayed there for about two years.”

In 2007 they were granted humanitarian visas to come to Darwin.

After settling into the community, Sarah sponsored one of her sisters to come to Australia a few years later but says she can’t afford to sponsor her remaining family members.

“I have one sister and brother left in a refugee camp,” she says.

Her sister in Yangon died but her children remain there.

“Her children, my niece and nephew, still live in Burma and we don’t know how to go back.” Sarah, right, with her sister and their daughters.

Sarah says she is desperate to bring her remaining family members here because the thought of her returning to Myanmar is inconceivable.

She says it’s a common story in her community.

About 140,000 Karen refugees currently live in camps on the Thai/Myanmar border. Those not born into camps worked as farmers in small mountain villages in the region, before ongoing civil unrest displaced the community.

According to the 2016 census, more than 10,000 Karen refugees have resettled in Australia.

Of those, just over 50 have made the Northern Territory their home, with the majority living in the Darwin and Palmerston regions.

Sarah was one of the first members of the Karen community to resettle in Australia and recently joined 12 other families at a community event in Darwin where they shared their stories of persecution and survival. Only a handful of Karen refugees live in the Northern Territory.

She is also a member of the Karen community and fled to Australia in 2008, aged 14, with her parents and three siblings. She says she has heard stories similar to Sarah’s countless times.

She says it is important to shed light on the atrocities her community has faced as they continue efforts to resettle more of their family and friends in Australia.

“When we came to Australia there were big life changes for us,” she says.

“We want to tell the people that it’s not easy for people who live in Myanmar.”

“They live in fear, they’re hiding in the jungle, they’re starving.” 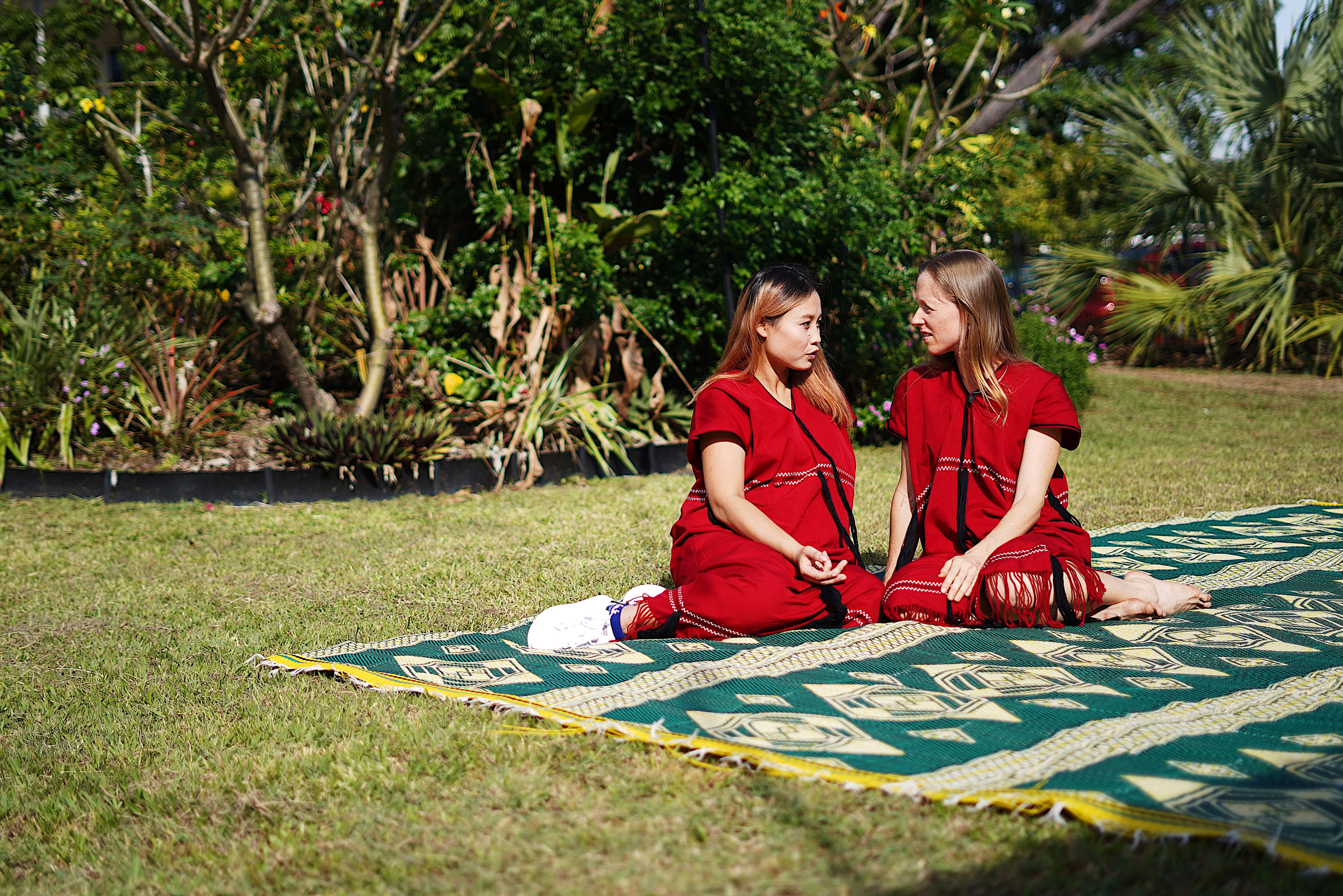 Yeh-mi Mar, left, and Naomi Havens at the community event.

She says while returning to Myanmar was an unlikely dream of hers, organising events has also helped her keep her culture, and the stories of her community, alive.

“We want to tell this story to the whole world and for them to feel our pain and to know how much we went through,” she says.

We want to tell this story to the whole world and for them to feel our pain.

Naomi Havens, who attended the event, has played a role in supporting the Karen community with resettlement and applications to bring family members to Australia.

“They were carrying trauma and the effect of being a hated and persecuted group,” she says.

“You could see that there was pain from that, and from that, I noticed there was a real desire to readjust and settle as much as they could here.”

“The more that they really rest in that, the more burdened they feel knowing that there are still loved ones that are not here.”

Ms Havens says the community put in 10 applications from 2018 to 2020, many of which were rejected by the Department of Home Affairs.

“Many of the applications were for people who had been witness to atrocities but because they didn’t directly have atrocities happen to them, I believe they were rejected,” Ms Haven says.

“Some people have a mother, a father, a grandmother, grandfather and they’re happy,” Sarah says.

Facebook’s Clubhouse competitor could be a Messenger Rooms feature