CALGARY, Alberta (AP) – Connor Brown scored a short-handed goal and added an empty-netter for the Ottawa Senators in a 4-2 win Monday over the host Calgary Flames.

Josh Norris had a goal and an assist, and Brady Tkachuk also scored for Ottawa. Senators goaltender Matt Murray made 26 saves for the win.

Elias Lindholm and Michael Stone scored for the Flames, whose window for a playoff berth is closing. Jacob Markstrom stopped 16 of 19 shots in the loss.

The Montreal Canadiens hold down the fourth and final playoff berth in the North Division. Montreal lost 4-1 to the Edmonton Oilers on Monday but remained six points ahead of Calgary.

The Flames have 11 games remaining in the regular season, but three games in four days against the visiting Habs starting Friday will likely determine if Calgary sees the postseason.

Summary show
Ottawa leads the season series with the Flames 5-2-0 with a game remaining.
Calgary’s Brett Ritchie and Ottawa’s Josh Brown fought at the end of the first period.
UP NEXT:
Flames: host Montreal on Friday night.
Sign up for Daily Newsletters

Ottawa leads the season series with the Flames 5-2-0 with a game remaining.

Calgary was careless with the puck Monday with 18 giveaways to Ottawa’s nine. The Flames gave up a short-handed goal to the Senators with 56 seconds remaining in the second period to trail 2-1.

Stone pulled the Flames within a goal at 10:47 of the third with a slap shot through traffic from the point.

Matthew Tkachuk fell and lost the puck skating the puck out of Calgary’s zone for Brown to corral and score the empty-net goal.

Norris converted an Ottawa man advantage, wiring the puck over Markstrom’s glove at 7:52 for a 3-1 lead.

Calgary didn’t score on its power play late in the second period, nor did it during consecutive Ottawa minors early in the third.

Brown scored his third short-handed goal of the season backhanding in a rebound on a 2-on-1 with Nick Paul. Brown had intercepted Noah Hanifin’s pass in the defensive zone to start the rush.

Lindholm pulled the Flames even at 11:23 of the first period for his fourth goal and eighth point in his past six games.

Murray made the initial stop on Lindholm, but the puck trickled between the goaltender’s pads for him to shovel in on a second effort.

A Flames turnover on the offensive blue line and another along the boards in their own end led to Tkachuk’s goal at 9:50.

Calgary’s Brett Ritchie and Ottawa’s Josh Brown fought at the end of the first period.

NOTES: A pregame ceremony at the Saddledome celebrated Milan Lucic reaching 1,000 games on April 13 while the Flames were on a road trip. The Flames all wore Lucic’s name and No. 17 in warmup … . . Ottawa’s Norris has three goals and five assists in his past five games.

Senators: At Vancouver on Thursday night. 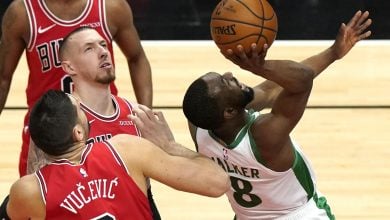 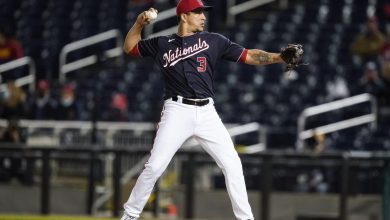 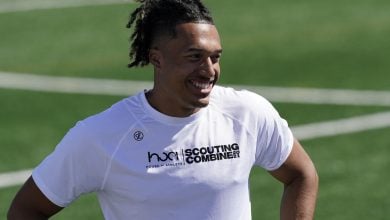 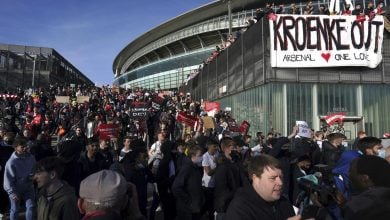