The former president, speaking Saturday to members of the Republican National Committee, called for party unity in the wake of his loss to Joe Biden and the party’s loss of Senate control.

He continued to assert falsely that he won the November election. He particularly excoriated Senate Republican leader Mitch McConnell, calling him a “dumb son of a b***h” and a “stone-cold loser.”

Trump has blamed McConnell for not fighting to block Congress’s January 6 certification of Biden’s election victory. This certification took place only after a pro-Trump mob violently stormed the Capitol building.

McConnell later declared that Trump was “practically and morally responsible” for the deadly attack.

In his remarks Saturday, the former president also criticized McConnell’s wife, Elaine Chao, who was Trump’s transportation secretary but who resigned following the events of January 6.

“I hired his wife. Did he ever say thank you?” Trump said before mocking Chao for resigning. He then said he was “disappointed” in his own vice president, Mike Pence, for his role in certifying the election result.

And he again attacked top US scientist Anthony Fauci, saying the epidemiologist is “full of crap.”

Without mentioning the more than 560,000 Americans who have died of COVID-19, Trump praised Republicans such as Florida governor Ron DeSantis for reopening their states early, in defiance of experts’ advice.

During the Mar-a-Lago meeting, which some Republicans said they hoped would focus more on the party’s path forward, Trump instead rehashed past grievances, including his criticism of Republican officials in Georgia and Pennsylvania. He had refused to support his claims of a stolen election.

Describing the crowd at his January 6 rally — several thousand people drawn to Washington by Trump’s frequent pleas on Twitter — he claimed that “some people say it was over a million people,” a considerable exaggeration.

McConnell did not attend the Mar-a-Lago event. According to The Washington Post, he has told advisers he has not spoken to Trump in months and never plans to do so again. 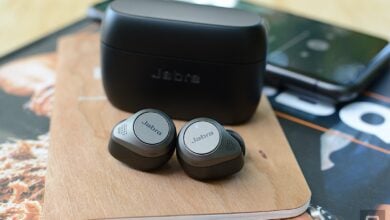 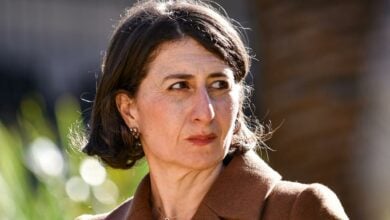