Swedish centre-left Prime Minister Stefan Lofven has been ousted in a no-confidence vote in parliament, plunging the country into deep political uncertainty as it tackles the COVID-19 pandemic.

Mr Lofven, who was defeated after nearly seven years in power over a plan to ease rent controls for new-build apartments, now has a week to resign and hand the speaker the job of finding a new government, or call a snap election.

With parliament deadlocked and opinion polls showing centre-right and centre-left blocs evenly balanced, the political crisis may not be resolved quickly, though economists say this would be unlikely to have a big impact on the economy.

“The government now has a week to decide and we will hold talks with our cooperation parties,” Mr Lovfen told a news conference after the vote.

“It is what is best for the country that is important. We will work as fast as we can.”

The nationalist Sweden Democrats called the vote after the formerly communist Left Party withdrew support for the plan led by Mr Lofven’s Social Democrats over the rent control reforms, an important issue for many voters.

The no-confidence motion, which required 175 votes in the 349-seat parliament to pass, was supported by 181 lawmakers.

Mr Lofven, 63, is the first Swedish prime minister to be ousted by a no-confidence motion put forward by the opposition in the European Union member state of about 10 million people.

It is not clear to whom the speaker might turn to form a new government if Mr Lofven quits because of the make-up of parliament, but the opinion polls suggest a snap election might not bring clarity either.

Mr Lofven secured a second term in 2018 only after months of negotiations following an election in which the anti-immigration Sweden Democrats made big gains, redrawing the political map.

Since then he has led a fragile minority government of Social Democrats and Greens, supported by former political rivals the Centre Party and the Liberals but needing the tacit approval of the left. 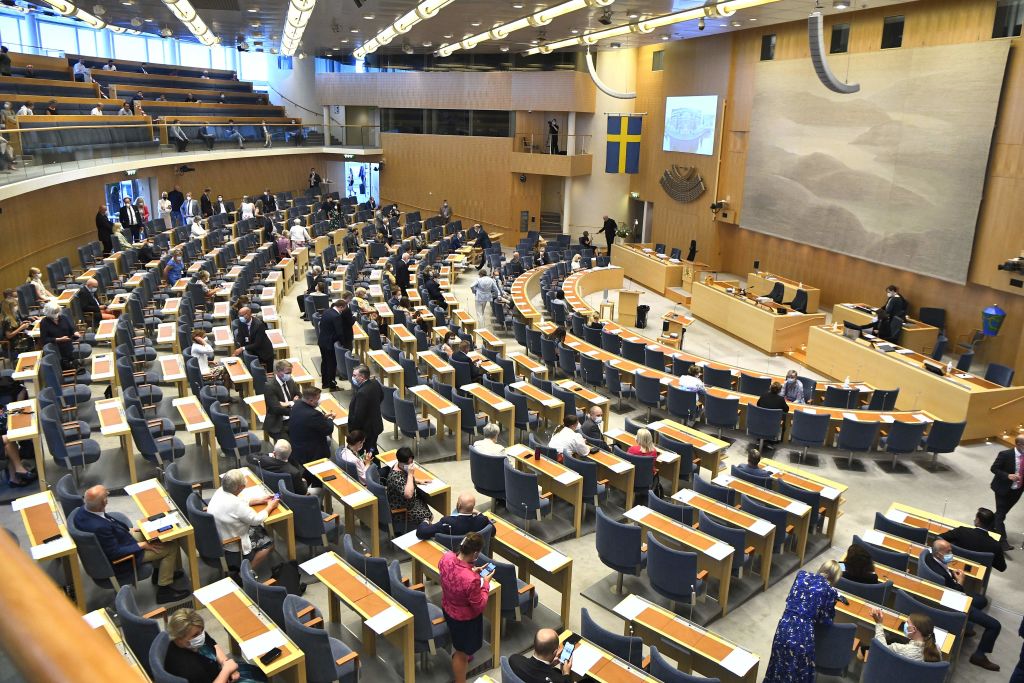 Sweden’s government was toppled after Prime Minister Stefan Lofven became the first Swedish premier to lose a no confidence vote.

The Left Party blamed Mr Lofven for the crisis.

Ms Dadgostar said that even though her party had voted against Mr Lofven, it would never help “a right-wing nationalist government” take power.

Sweden Democrat leader Jimmie Akesson, whose party has moved from the far-right fringe into the harmful and historically weak and “should never have come into power”.

Nicholas Aylott, a political scientist at Sodertorn University, described the defeat of a prime minister in a no-confidence vote as a “very significant” event in Swedish political history.

“I think an extra election is a real possibility,” he said.

Popular appetite for a snap poll may be limited while Sweden is fighting the effects of COVID-19, especially as an election is due next year anyway.

A new government – or a caretaker administration – would sit only until after that election.

Economists have said they do not expect the political uncertainty to weigh on the economy because of the strict fiscal rules under which Sweden operates.

Sweden has been an outlier in the fight against COVID-19, opting against full lockdowns and relying instead on mostly voluntary measures. It has been hit by a severe third wave of the virus but fresh cases and the number of people being admitted to intensive care are declining quickly.