A TikTok user who has for three days posted accurate Covid case numbers before they are released says NSW Health has told him to stop posting. The Australian comedian behind three accurate daily Covid case predictions claims he has been contacted by NSW Health and told to stop posting his “calculations” on TikTok. Jon-Bernard Kairouz told news.com.au Friday afternoon that he received a rather terse call from an NSW Health representative telling him not to post any more videos.

“He said we would have to cease giving out the numbers because we’re compromising the public health system,” he said. Mr. Kairouz said he told the worker he didn’t have a source at NSW Health and used maths to guide his predictions. The Sydney man has for three days correctly predicted the following day’s Covid cases for NSW, leaving many to speculate he is in cahoots with someone on the inside.

Mr. Kairouz has continued to firmly deny the accusations and insists that he arrives at his answers using data from the previous day. He claims his “simple maths” calculations are based on cases infectious in the community, the diameter and circumference of hotspot areas, and population numbers.

The 25-year-old said using a Casio scientific calculator, it took him a few hours every evening to land on the correct number. Kairouz said the NSW Health employee informed him it would be in his “best interest” to stop posting videos, and if he didn’t, there could be “consequences” for the Health staff. Kairouz said he would continue sharing his predictions the evening before the official press conference despite the word of warning.

“I’m not going to be intimidated. It’s a bit of fun at the end of the day,” he said.

In response to the skepticism surrounding the legitimacy of the calculations featured on his whiteboard in each video, he said each symbol and diagram served an important role.

“The diagrams remain the same, but the variables change with the different case numbers,” he said.

To the naysayers, he said correctly guessing three daily case numbers in a row “really speaks for itself”. 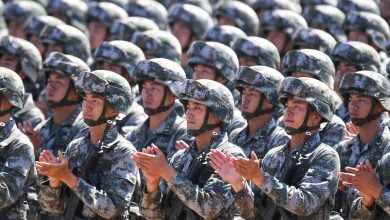