Tasmania’s Liberal Premier Peter Gutwein is set to step down if his party doesn’t secure a majority government.  Mr. Gutwein is confident the Liberals will connect the 13th seat required to deliver majority representation in the state’s 25-member lower house. But the final results from Saturday’s election are still up in the air and won’t likely be known until next week as postal votes trickle in and preferences are distributed. Mr. Gutwein made a commitment during the campaign to resign if he failed to secure a majority.

“One of the reasons why Tasmanians have worked with me so well over the last 12 months as we dealt with coronavirus … is that they understand that I’m a man of my word,” he told the ABC on Monday.

Should we not get that 13th seat, I’ll stand by my word. Simple as that.

Mr. Gutwein, on Saturday night, claimed a Liberal victory – the first time the party has won three consecutive terms in Tasmania. All eyes are on two in-doubt seats in the Hobart electorate of Clark, where independents Kristie Johnston and Sue Hickey, the former Liberal Speaker, remain in the running.

Liberal success in one of the two Clark seats would deliver the party a majority, while if both independents get in, it will give rise to a kingmaker. Under Tasmania’s unique Hare-Clark voting system, five MPs are elected in each of the state’s five electorates. The Liberals are likely to gain one of the Clark seats, with counting covering almost 84 percent of the vote Sunday night.

Meanwhile, Labor state secretary Stuart Benson said it was too early for the party to discuss the ongoing leadership of Rebecca White, who was also in the top job when the party lost in 2018.

“We won’t be doing anything until all the votes are counted, and we know exactly what the Labor caucus looks like,” he told the ABC. “It’ll be up to Rebecca what she wants to do. From my perspective, she’s been flawless during this campaign.

Across the party, everyone thinks she’s done an excellent job in trying circumstances.

Mr. Benson said state Labor would conduct a thorough review into its pre-selection processes after bitter internal divisions were aired publicly early in the campaign.

After his initial bid to run, Labor’s national executive stepped in to endorse popular mayor Dean Winter as a blocked candidate along factional lines.

Mr. Winter has gone on to win a seat in the electorate of Franklin.

It was very damaging,” Mr. Benson said. “This has to be a big focus of our review, so it doesn’t happen again.” We cannot go into a campaign where the Labor Party talks about itself and not about plans.

Labor appears to have clinched at least eight seats and the Greens two.

Tasmania went to the polls a year early after Ms. Hickey quit the Liberals to run as an independent, plunging the government into a minority. 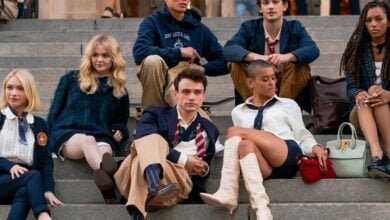 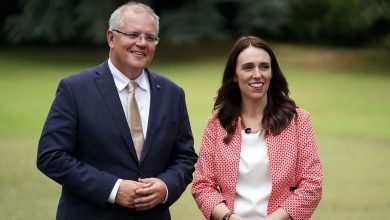