The Falcon and the Winter Soldier episode 6 — out April 23 on Disney+ and Disney+ Hotstar — was predictably high on the action as it had the task of wrapping up the season-long narrative threads for the series. It put a bow on the Flag Smashers topic once and for all, killing their leader Karli Morgenthau (Erin Kellyman) and the rest of her Super Soldier buddies. It’s almost as if the Marvel Cinematic Universe is trying to contain how many Super Soldiers are running around at any point in time. There’s still John Walker (Wyatt Russell), now working for Contessa Valentina Allegra de Fontaine (Julia Louis-Dreyfus). Valentina is one of two new trouble makers alongside Sharon Carter (Emily VanCamp), who was confirmed as the Power Broker in The Falcon and the Winter Soldier episode 6.

Curiously, The Falcon and the Winter Soldier episode 6 — despite being the season and potential series finale — didn’t tell us anything about the future of its title characters. There was no post-credits scene here, unlike the hat we had with the previous MCU Disney+ series WandaVision. So we are not any clearer about where we might see Falcon Captain America/ Sam Wilson (Anthony Mackie) or Winter Soldier/ White Wolf/ Bucky Barnes (Sebastian Stan) next. Marvel Studios president Kevin Feige and the creators and stars of The Falcon and the Winter Soldier all stayed mum before the premiere because of spoilers — but where are those spoilers now? This was the final episode.

The Falcon and the Winter Soldier episode 6 — titled “One World, One People”, directed by Kari Skogland, and written by Malcolm Spellman and Josef Sawyer — began where we left off, with the Flag Smashers infiltrating the New York headquarters of the Global Repatriation Council (GRC). The GRC is basically like another version of the United Nations, it seems, except its seats are a bit further south (Lower Manhattan) than the UN’s (Midtown Manhattan). Both Sam and Bucky have arrived in New York as well, with the former calling on Sharon, who’s flown in from Madripoor — located in the Indonesian archipelago, half a world away — in record time. Of course, neither of them knows that Sharon has ties to the Flag Smashers via the mercenary Batroc (Georges St-Pierre), who is gunning for Sam.

Batroc confronts Sam as the new Captain America comes flying into the GRC building in his new suit and colors. Seeing Sam coming in, Karli tells her fellow Flag Smashers to launch a biological attack inside the GRC building, flushing out the leaders to the basement as per evacuation orders. Thanks to the broad support that the Flag Smashers enjoy, they have people working for them in virtually every corner, so the evacuation is really a kidnapping. Karli buys time for their operation by stalling Bucky on the phone. He thinks she’s trying to turn him, but she’s not actually bothered.

As the hostages — in New York Police Department vans — get away, Sharon kills one of the Flag Smashers’ supporters by planting a mercury vapor explosive on him. Given what we already know about her from The Falcon and the Winter Soldier episode 5, is she helping Sam and Bucky or just tying up loose ends? Well, to be fair, this works as both. Bucky gets on a motorbike and chases after the NYPD vans, while Sam, who’s been busy with Batroc all this while, finally decides to fly away because he has more important things to deal with. Namely, a helicopter with top GRC officials inside has been commandeered by the Flag Smashers. 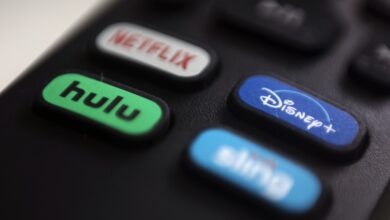 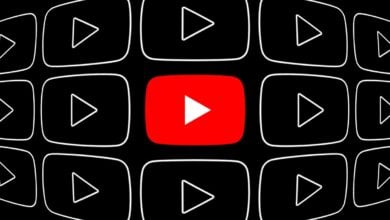 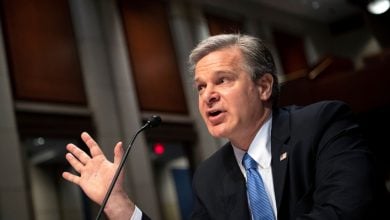