As Sydney plunges into its first lockdown since December, experts say they hope the harsh restrictions may encourage Australians who are hesitant about vaccinations to roll up their sleeves.

Residents across Greater Sydney – including the Blue Mountains, the Central Coast, Wollongong and Shellharbour – have been placed under stay-at-home orders that are expected to be lifted on 9 July.

The new restrictions come as Darwin, Palmerston and Litchfield go into full lockdown for 48 hours after there were four new cases linked to the Northern Territory mine cluster; and as new lockdown restrictions are imposed on the Perth and Peel regions for three days after a traveller returned from Sydney with COVID-19.

Earlier this month, Melbourne emerged from its own lockdown that, like Sydney’s, was implemented to combat the highly-contagious Delta variant.

Vice President of the Australian Medical Association Dr Chris Moy said people in NSW and Sydney “are going through a lot of pain at the moment and they’re going to struggle for a while”.

But he hopes the hardships will “transfer into the higher vaccination rates” needed to combat the virus.

“We’ve been the victims of our own success so far because to some degree there’s been a level of complacency and we’ve been living in a very gilded cage, a Truman Show, Jim Carrey-type world where we’ve really been very disconnected,” Dr Moy told SBS News, referencing the 1990s film where a man lives in a fake, disconnected world.

“It’s been said we’ve been sitting ducks and we have – it’s been proven true.”

“It’s been very much about individuals – why would I do it, why not let other people have it first, let them protect me – but really, we need to understand that the community spirit that we need to get through this lockdown also needs to transfer to people; seeing as a community the need to get vaccinated.

“More than a year after the pandemic began, two capital cities are in lockdown and restrictions are being reimposed in two others,” Mr Albanese said on Sunday.

“This is why we need more vaccines and national quarantine.

“This is a race – and until Scott Morrison realises that, lockdowns will keep happening.”

More than a year after the pandemic began, two capital cities are in lockdown and restrictions are being reimposed in two others.

This is why we need more vaccines and national quarantine.

This is a race – and until Scott Morrison realises that, lockdowns will keep happening.

Australia has given 7,326,320 doses, amounting to around 3 per cent of the adult population, while NSW has administered nearly 780,000 vaccinations, trailing only Victoria, which has given nearly 1,021,000 doses.

On Sunday, Premier Gladys Berejiklian said the challenge in NSW was not complacency but vaccine supply.

“We have literally millions of people in NSW wanting the vaccine. The NSW government cannot control how many doses we get (and) I want to assure the community whenever we get doses, we get them in arms,” she told reporters.

Ms Berejiklian said vaccination hubs were currently exceeding about 100,000 jabs a week, a number she expected to hold up or increase in coming weeks.

Angela Webster, a professor of clinical epidemiology at the University of Sydney, said she hoped the Greater Sydney lockdown would show those who have been complacent about vaccination how urgent the rollout is.

“The community has been a bit complacent because while there’s been no COVID around, they haven’t seen why they should bother to get vaccinated,” she told SBS News.

“This is why they should get vaccinated.

“We can never isolate ourselves completely from the rest of the world. We can never contain things. We knew there would be ongoing leaks. It’s just about how we control those leaks.

“There’s certainly an imperative that as many people get vaccinated as they possibly can.”

Modelling earlier this year – in a report by the McKell Institute in April – showed around 70 per cent of adults need to be vaccinated before Australia can consider opening its international borders.

Despite the highly-contagious Delta variant currently causing a global surge in COVID-19 cases, even in countries with high vaccination rates, the World Health Organization is reporting decreasing deaths due to the virus.

Professor Webster said evidence in the US and the UK showed those dying from COVID-19 are now the unvaccinated.

In the United States, analysis of public health data has shown that nearly all COVID-19 deaths in the country – covering different variants – are in people who weren’t vaccinated.

A report released by the Public Health England this month found that 103 of the 223 Delta variant cases admitted to hospital since February were unvaccinated or had only one vaccine dose.

Of the 42 deaths in people with Delta variant infections in the UK, 23 were unvaccinated and seven had received only one dose.

“The vaccinated are not dying, they’re not getting seriously unwell,” she said.

“They may still catch the infection but it will be a milder illness compared to what would have happened and is happening with the unvaccinated.”

Australia should aim to vaccinate those in their 20s and 30s and even teenagers as soon as supplies allow, she added.

“So far we’ve targeted those most likely to die, but we’ll have to start addressing soon those who are most likely to spread it. [In other countries where there are higher vaccination rates], the highest prevalence in infections are now those in their 20s and 30s.

“The vaccine supply is difficult. As much vaccine as we can get and use as soon as we can is going to be crucial.”

Both Professor Webster and the AMA’s Dr Moy say the current Sydney lockdown is more challenging than the previous lockdown across the city’s Northern Beaches region in December.

Professor Webster says each person with the Alpha variant passes the virus on to one or two other people on average, while those with the Delta variant seem to be spreading it to five or six other people. 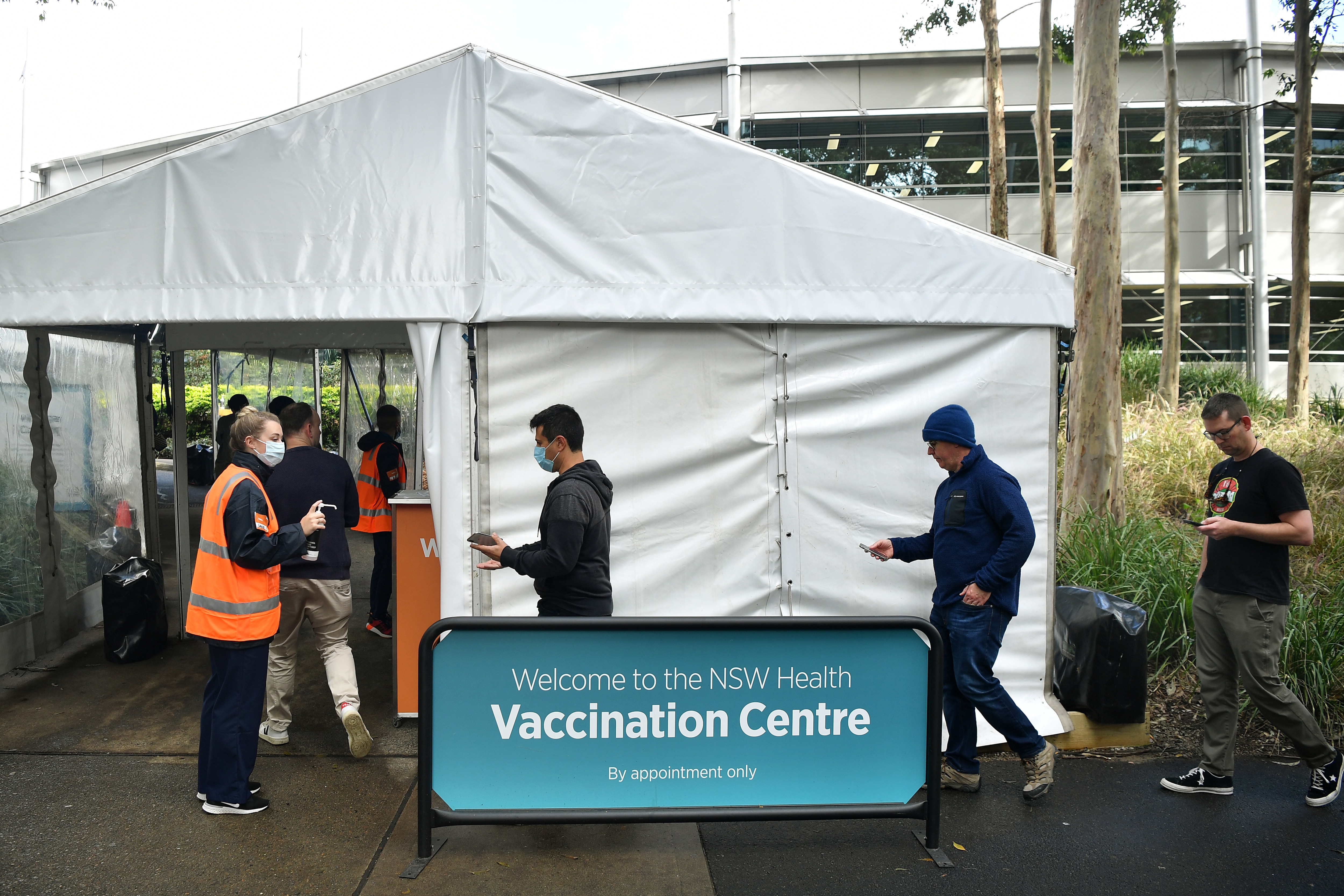 Experts hope the lockdown across Greater Sydney will encourage more people to get vaccinated.

“It’s spread much quicker and much further than anyone could have anticipated,” she said.

“I can’t imagine that this (Greater Sydney lockdown) will be two weeks only. My expectation is this will be a four- to six-week process under best case scenarios before restrictions are properly lifted, and that’s if everything goes to plan.”

Dr Moy says he believes a lockdown across Sydney a few days earlier would have helped to contain the spread.

“It’s going to be hard now because every day they left it, the situation got worse,” he said.

Dr Moy says any long-term plan out of coronavirus restrictions and lockdowns must take in better quarantine systems, a preparedness among Australia’s health systems to cope with more cases for when the borders open, improved treatments for coronavirus symptoms, and the highest vaccination rates possible.

“Every vaccination gets us closer to a safer world and a world that gets us away from restrictions,” he said.

“We can’t say when that will be, but every person vaccinated is one person closer to doing that.”

Premier Gladys Berejiklian has confirmed that getting vaccinated is one of the permitted reasons to leave the home during the Greater Sydney lockdown.

She defended the timing of moving to a fortnight lockdown, saying it was based on public health advice.

“I care about keeping people safe and not putting burdens on them unless we absolutely have to.”

No Barnaby, 2050 isn't far away. Australia's intergenerational report deals with 2061