NSW Police said three removalists have been charged for breaching public health orders in traveling from Sydney to regional NSW while allegedly knowing they were COVID-positive.  The men traveled from West Hoxton to Figtree before traveling to Molong, stopping in regional areas including South Bowenfels and Orange. The men – aged 21, 27 and 27 – were escorted back to Greater Sydney and have been told to isolated for a fortnight.

They have been issued with court attendance notice for 30 August in Orange.

NSW Police said the three men had received positive notification for COVID-19 before they traveled to Molong.  Minister for Police and Emergency Services David Elliott said the actions of the men are dangerous. “This thoughtless act has now placed our regional communities in NSW at the greatest risk so far with this pandemic,” he said.  “We know that the delta variant is highly transmissible, and it is unfathomable to think that, with all the public information and health warnings, people could so blatantly ignore the health orders.” 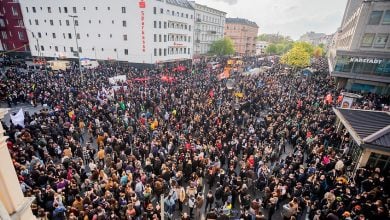 Scuffles and arrests as thousands mark May Day in France, Spain and Germany

India’s daily coronavirus infections have doubled to more than 200,000 in the last ten days