When IS swept into the heavily Christian Iraqi city of Qaraqosh – also known as Bakhdida – in 2014, Mukhles Habash and his family fled for their lives.

They came to Australia as refugees in 2016 and have now settled in the regional Victorian centre of Geelong.

Now, Mr Habash has a different fight on his hands – to bring more family and hundreds of fellow Iraqi Christians granted humanitarian visas by the Australian government to the country that has granted him a new life.

“We are very grateful to the Australian government for granting us permanent residency, but we are hoping more can be done so we don’t leave people overseas behind,” he told SBS News, fresh from a Skype call with his brother-in-law’s family.

They are humanitarian visa holders currently stuck in Jordan and waiting to get into Australia.

“They have applied twice for travel exemptions and been rejected both times.” Mukhles speaks to his family stuck in Jordan most days.

Mr Habash’s brother-in-law and his family are part of a growing group of humanitarian visa holders – which the Refugee Council of Australia’s estimates now totals more than 7,000 people – still stuck in holding countries overseas.

Department of Home Affairs data obtained by SBS News has revealed more than a thousand travel exemption requests by refugees stuck overseas have been rejected since August last year.

“Each request could be made on behalf of a large family so it is [potentially] thousands of people [left in limbo],” Mr Habash said.

The majority of those granted humanitarian visas by Australia are currently based in the Middle East – Jordan, Lebanon and Iraq.

Those countries are also where the rates of exemptions being granted have been the lowest.

Of the 512 travel exemptions requested by refugees in Jordan, 36 were granted. In Lebanon 193 requests have been made, but only 17 have been granted.

There is nothing more that can be done now except for the Australian government to step in and give them hope again.

Mr Habash, who helped his brother-in-law put in two exemption applications, said his family is struggling to get treatment for their son, who is autistic.

“Their situation is very desperate … they have a child with autism and can’t access treatment. His situation is getting worse.”

But things are even more grave for other families, Mr Habash said.

“I am in contact with families whose children have medical conditions that require heart surgery – and their travel exemptions have been refused.

“There is nothing more that can be done now except for the Australian government to step in and give them hope again.” Australia’s international border closure due to the COVID-19 pandemic means that Australian citizens, permanent residents, and some immediate family remain the only people allowed to enter the country without special exemptions.

Refugees are awarded their humanitarian visas overseas and only acquire permanent residency when they set foot on Australian soil.

Now, with the refugee intake ground to a halt, there are calls for a humanitarian travel exemption amnesty.

Louise Olliff, senior policy advisor at the Refugee Council of Australia, said it was surprising there were “such low exemption rates in countries where we know that refugees are living in incredibly difficult circumstances”. 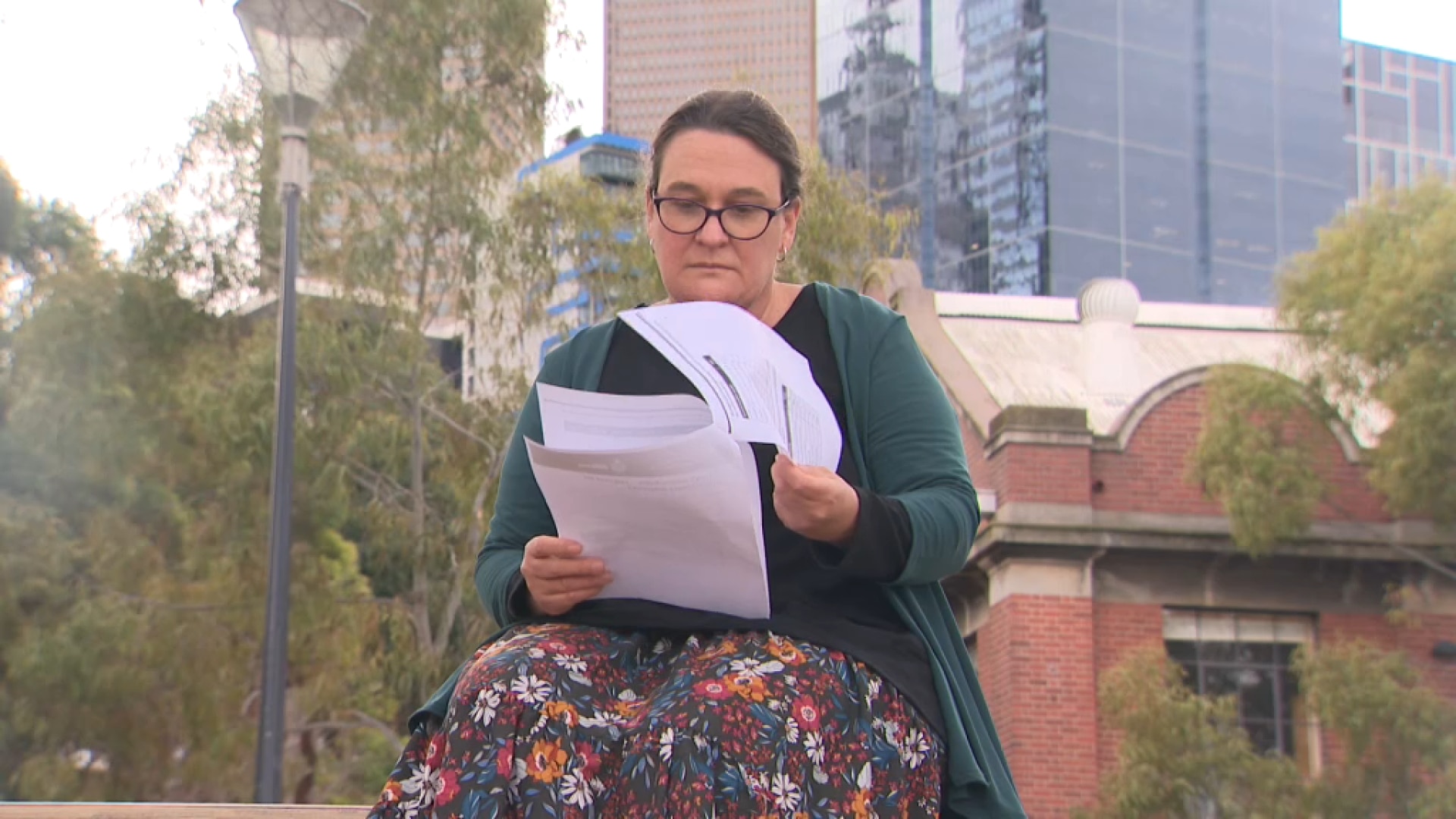 Louise Olliff of the Refugee Council of Australia

“Solutions are actually achievable, even within existing capacities, and a very first step would be to grant humanitarian visa holders exemption to travel. That gives them the chance to start to book tickets and start to access places in quarantine,” she said.

“The longer that refugees are left in that state of limbo and not able to get access to a solution to their displacement, the more vulnerable people become, the more years lost in terms of education for children and healthcare for those that need it.

“The consequences are lifelong.”

The United Nations High Commissioner for Refugees’ multi-country office in Canberra is also calling on the government to consider a blanket travel exemption for humanitarian visa holders.

“UNHCR asks that all options for the resumption of entry to Australia for refugees visaed for resettlement be explored. We are all seized of the pressure points domestically but the needs of those at risk compel us all to find a way forward,” a spokesperson told SBS News.

“A blanket exemption for humanitarian entrants would ease the process.”

In a statement, a spokesperson from the Australian Border Force said decisions to reject travel exemption requests “were not taken lightly”.

“Requests made by or on behalf of an offshore humanitarian visa holders are carefully considered by a senior executive officer from a humanitarian program perspective before being finally determined by the commissioner,” the spokesperson said.

“Once borders re-open and international travel resumes, the department will review the conditions attached to each visa and provide advice to clients regarding how their travel to Australia can be facilitated.”

‘Please give us hope’

But the stream of exemption requests from vulnerable visa holders is showing no signs of slowing.

Hazara woman Sidiqa Faqihi fled Afghanistan and was granted a humanitarian visa in 2020.

Ms Faqihi has been in Indonesia for the last seven years, with no rights to work or access to subsidised medical care.

She put in a travel request to come to Australia two weeks ago. Hazara refugee Sidiqa Faqihi is stuck in Indonesia and is waiting to get a response on her request for a travel exemption.

“We just sit and wait and hope and pray,” she said.

“The worst thing is there are many of us here who have been granted humanitarian visas and we are so close to Australia, but stuck. We are so grateful to have this visa and want to start a new life.

“If people in power are reading this, please give us hope.”

What's happening with the AstraZeneca coronavirus vaccine in Australia?