The pope’s right-hand man has explained why the Vatican wants to see an amendment of an Italian draft bill against homophobia, pointing to a risk of making “any distinction between men and women” illegal.

“We are against any attitude or gesture of intolerance or hatred towards people because of their sexual orientation, as well as their ethnicity or their beliefs”, said Secretary of State Cardinal Pietro Parolin in an interview on the official Vatican portal on Thursday.

The crux of the problem for the Church, was a text in which “the concept of discrimination remains too vague”, thus leaving it to the courts to interpret and decide what constituted a crime, he said.

Prime Minister Mario Draghi insisted on Wednesday that Italy’s parliament was sovereign after the Vatican made an unprecedented complaint about the draft law.

Mr Draghi was reacting to news that the Vatican had lodged a diplomatic protest in the form of a “note verbale” against the so-called Zan law.

The proposed law seeks to punish acts of discrimination and incitement to violence against gay, lesbian, transgender and disabled people. 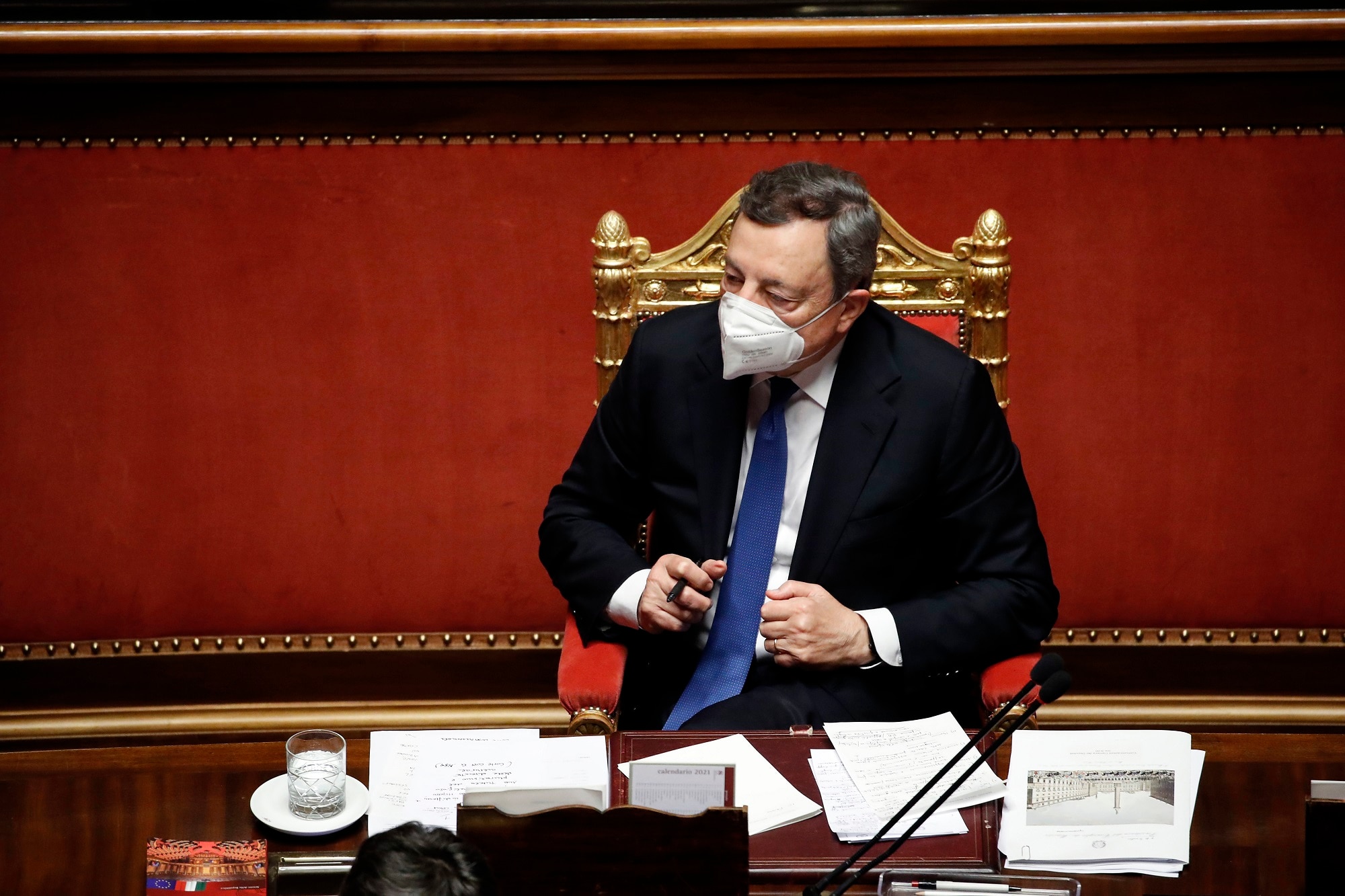 Italian Prime Minister Mario Draghi has rejected Vatican criticism of a bill against homophobia, saying Italy is “a secular state”.

But the Vatican argued that it violates the Concordat, the bilateral treaty between Rome and the Holy See, by curtailing Catholic freedom of belief and expression, according to the Corriere della Sera newspaper.

It expressed concern that because of the Zan law, Catholics could in the future face legal action for expressing their opinions on LGBTIQ+ issues, Corriere said.

The Zan law was passed by the lower house of parliament in November, but it faces stiff opposition from Matteo Salvini’s League party and other right-wingers in the upper Senate.

Mr Draghi’s government – an awkward national unity coalition including critics and supporters of the Zan law – has no official position on the bill.