The UN rights chief voiced alarm at deadly clashes in the Colombian city of Cali, calling for an independent investigation and accountability for the violence.

Pointing to reports that 14 people had died since Friday amid massive anti-government protests in Colombia’s third-largest city, Michelle Bachelet said a swift investigation and resumption of dialogue was needed.

“It is essential that all those who are reportedly involved in causing injury or death, including state officials, are subject to prompt, effective, independent, impartial and transparent investigations and that those responsible are held accountable,” the UN High Commissioner said in a statement.

Her comments came after the Colombian army on Saturday tightened its control over Cali, a city of 2.2 million, after clashes pitted police against armed civilians.

The country is in the second month of protests against the government of President Ivan Duque.

Officials have said the month of protests had left at least 59 people dead, and that more than 2,300 civilians and uniformed personnel have been injured. Ms Bachelet’s office cited reports that 14 people had been killed in Cali since Friday, and 98 had been injured, including 54 by firearms.

The dead in Cali included an off-duty employee of the prosecutor’s office who had fired his gun at two protesters blocking a street, killing one of them. Video on social media shows a crowd then pouncing on the shooter and lynching him.

The rights office also pointed to reports of private individuals firing shots at demonstrators in the presence of police officers in parts of the city.

“These events are all the more concerning given the progress that had been made to resolve, through dialogue, the social unrest that erupted a month ago, following the start of a nation-wide strike against several social and economic policies of the government,” the UN rights chief said. 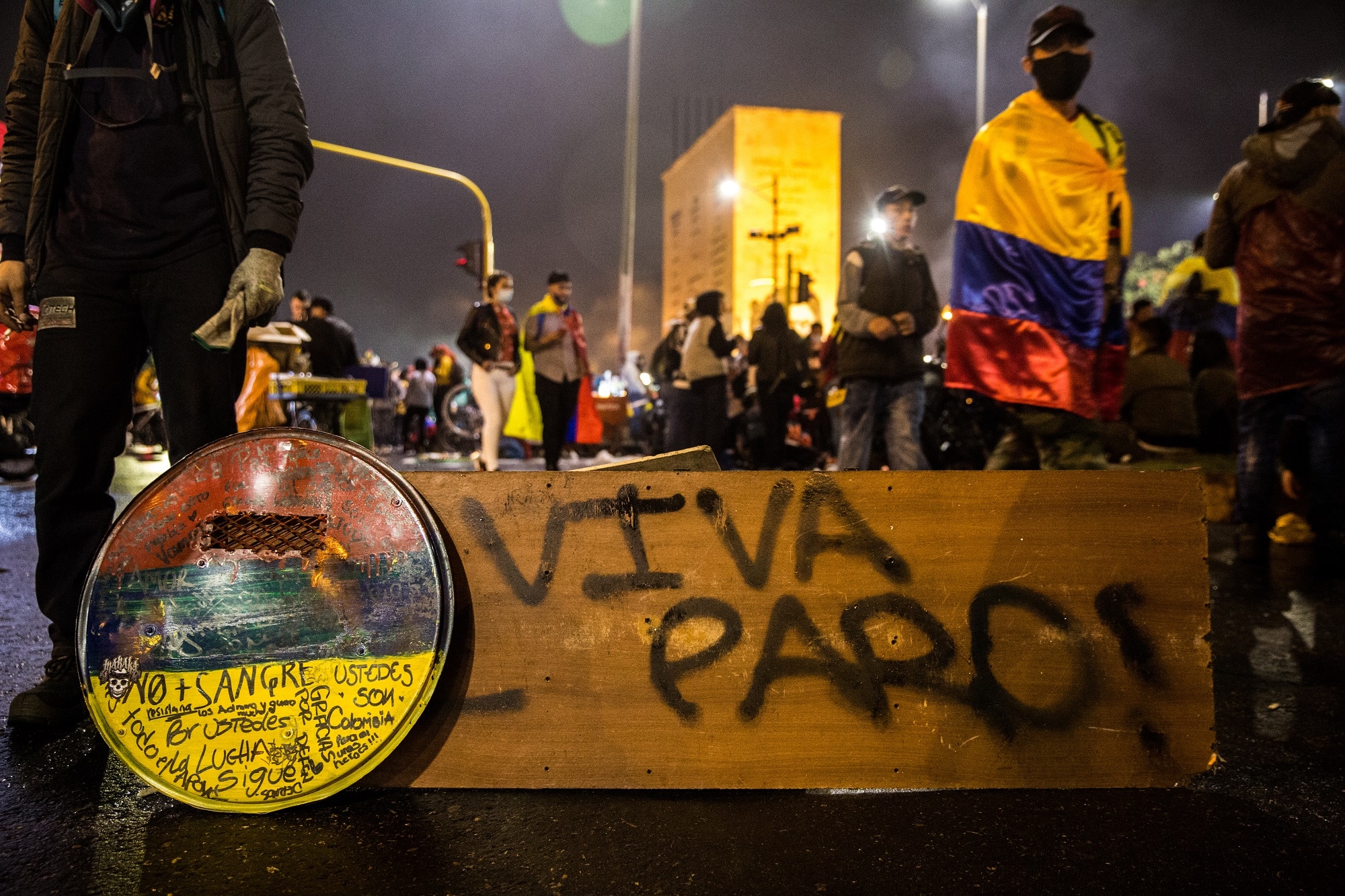 A month after the national strike first began, protesters continue to demonstrate across the country.

“I call for an end to all forms of violence, including vandalism, and for all sides to continue talking to each other, and to ensure respect for the life and dignity of all people,” she said.

Ms Bachelet, a former Chilean president, stressed that only dialogue could resolve the demands of different groups on both sides.

“I welcome the commitment voiced by several actors, in Cali and at the national level, to find a negotiated and peaceful solution to the social unrest through talks,” she said.

The UN rights office also said it had received information of at least 30 people arrested in Cali since Friday, and highlighted concerns about the whereabouts of some of them.

“The fair trial and due process rights of those detained need to be ensured,” Ms Bachelet said.

She also stressed the need to take all necessary measures in line with international human rights standards to prevent disappearances.

‘All ego’: Jeff Bezos’ desire to go to space is a ‘vanity project’