SEATTLE (AP) – Julio Urías threw seven dominant innings of one-hit ball, striking out a career-high 11 and leading the Los Angeles Dodgers to a 1-0 win over the Seattle Mariners Tuesday.

Corey Seager drove in the only run with a two-out single in the third inning after AJ Pollock’s leadoff double. Those were the Dodgers’ only hits in the game. In the third inning, Seattle’s lone hit against Urías (3-0) was Mitch Haniger’s slow infield single with two outs. Victor González worked the eighth, and Kenley Jansen pitched a perfect ninth for his fourth save to complete the one-hittter.

Gonzales (1-2) allowed two hits and struck out six. He retired the final 13 batters he faced.

OAKLAND, Calif. (AP) – Matt Olson hit a grand slam, Mitch Moreland homered twice to back Sean Manaea’s shutout, and Oakland slugged past depleted Minnesota in the first game of a doubleheader for its ninth straight victory.

Moreland connected for a two-run homer in the second inning and a solo drive in the fourth off Matt Shoemaker (1-1).

The left-handed Manaea (2-1) allowed six hits, struck out seven, and walked one over seven innings, throwing 95 pitches for his second career complete game and shutout – he no-hit the Red Sox at home on April 21, 2018.

Olson made it 7-0 with his fourth-inning slam through a blustery wind.

Gio Urshela hit a tying home run in the fifth inning off Charlie Morton, and the Yankees won with five hits, which left their four-game total at 16. New York went 2 for 8 with runners in scoring position, but the last-place Yankees improved to 6-10 and avoided what would have been their worst start since 1972. Tyler Matzek (0-2), who returned to the major leagues last year for the first time since 2015, walked pinch-hitter Aaron Hicks leading off the eighth and DJ LeMahieu and Aaron Judge followed with singles that loaded the bases.

Jones relieved and bounced a slider past catcher Travis d’Arnaud for a wild pitch that scored Hicks for a 2-1 lead.

Jonathan Loaisiga (2-0) worked around a hit batter in the eighth, and Aroldis Chapman pitched around a walk in the ninth for his second save, his first since April 12.

CLEVELAND (AP) – Carlos Rodón followed up his no-hitter by hanging around for five shaky innings to beat Cleveland for the second time in a week, and José Abreu homered twice for Chicago.

Rodón (3-0) worked around five walks, giving up a homer and throwing 110 pitches – only four fewer than in his gem on April 14. The left-hander gave up two runs and three hits.

Abreu hit solo homers in the fourth and seventh innings.

Tim Anderson connected for a two-run homer off Zach Plesac (1-3), and Yasmani Grandal’s two-run shot in the seventh put the White Sox ahead 7-2.

WASHINGTON (AP) – Yan Gomes drew a four-pitch walk from Giovanny Gallegos to force in the go-ahead run in an odd eighth inning that featured St. Louis deploying a five-man infield, and Washington rallied to win.

St. Louis led 2-1 entering the eighth. But Gallegos (2-1) walked a batter, then hit one, before Trea Turner’s RBI single to the right on an 0-2 count tied the game. Cardinals manager Mike Shildt followed with some creative defensive alignments, but it didn’t matter much because Starlin Castro struck out looking with the bases loaded before Gomes’ go-ahead walk.

Daniel Hudson (2-0) threw a perfect eighth for the win, and Brad Hand pitched the ninth for his second save in two chances with Washington. Nationals starter Patrick Corbin pitched six scoreless innings. 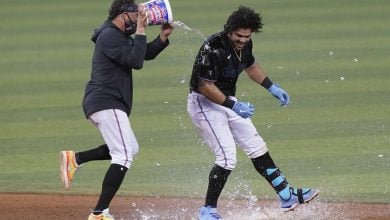 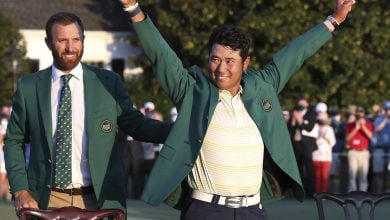 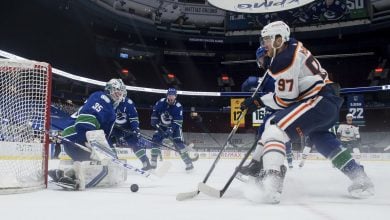 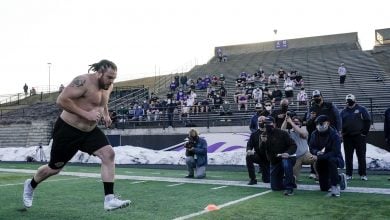