On Tuesday, United States federal health agencies recommended pausing the use of Johnson & Johnson’s single-dose COVID-19 vaccine after six recipients developed a rare disorder involving blood clots. The US Centers for Disease Control and Prevention (CDC) will hold an advisory meeting on Wednesday to review the cases.

Summary show
All the six recipients were women between the ages of 18 and 48.
The company’s shares were down three percent before the opening bell.
AAP Image/Mick Tsikas
“the government does not intend to purchase any other adenovirus vaccines at this time.

All the six recipients were women between the ages of 18 and 48.

One woman died, and a second woman in Nebraska has been hospitalized in a critical condition, the New York Times reported, citing officials.

The CDC and the US Food and Drug Administration (FDA) said in a joint statement that the adverse events currently appear to be extremely rare.

“We are recommending a pause in the use of this vaccine out of an abundance of caution,” they said.

Today FDA and @CDCgov issued a statement regarding the Johnson & Johnson #COVID19 vaccine. We are recommending a pause in the use of this vaccine out of an abundance of caution.

As of 12 April, more than 6.8 million Johnson & Johnson vaccine doses have been administered in the United States.

The company’s shares were down three percent before the opening bell.

The move from the US regulators comes less than a week after Europe’s drugs regulator said it was reviewing rare blood clots in four people in the United States who received the shot.

The Australian federal government has also said it doesn’t plan to use Johnson & Johnson’s vaccine in its current rollout. The government was in talks with the pharmaceutical giant, which had asked for initial approval for its vaccine from Australia’s medicine regulation.

But in a statement on Tuesday, a spokesperson for Health Minister Greg Hunt ruled out proceeding with the purchase for now. “The [Johnson and Johnson] vaccine is an adenovirus vaccine, the same type of vaccine as the AstraZeneca vaccine,” the statement read.

“the government does not intend to purchase any other adenovirus vaccines at this time.

“t comes as the government attempts to ramp up its vaccine supply after receiving new medical advice about the AstraZeneca jab and its link to rare blood clots. PfPfizer’shot is now preferred for Australians under the age of 50. 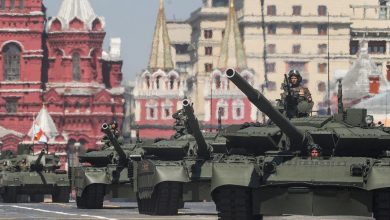 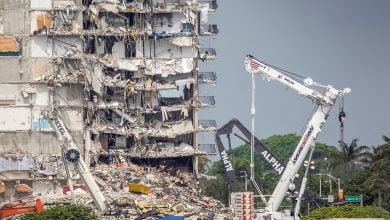