U.S. health authorities on Tuesday recommended pausing the Johnson and Johnson COVID-19 shot over blood clot fears, with the company quickly announcing it would delay its European rollout, in a setback for global immunization campaigns. Out of nearly seven million Americans who have so far received the single-dose vaccine, six women aged between 18 and 48 developed a rare type of clot in the brain along with low platelets, officials said. One later died while another was in critical condition.

Food and Drug Administration scientist Peter Marks said the disorder might be triggered by a rare immune response to the vaccine similar to that seen among a few hundred recipients of the AstraZeneca jab in Europe.

Both vaccines are based on adenovirus vector technology.

“We have made the decision to proactively delay the rollout of our vaccine in Europe,” Johnson and Johnson said, in a fresh blow for the hard-hit continent which passed the threshold of one million coronavirus deaths.

U.S. authorities are now carrying out an investigation that could end up leading to tough regulatory choices, such as restricting the Johnson and Johnson shot to subsets of the population.

People who have received a Johnson and Johnson shot within the past three weeks were asked to report to their doctors if they experienced severe headaches, abdominal pain, leg pain, or shortness of breath.

President Joe Biden speaks to the media during a meeting with the Congressional Black Caucus in the Oval Office at the White House in Washington, D.C.

But the White House said it was confident there would be no “significant impact” on the vaccination plan in the world’s hardest-hit country, where almost half of all adults have now received at least one dose.

Jeff Zients, President Joe Biden’s COVID-19 response coordinator, said that a massive surplus in the supply of two other vaccines – Pfizer and Moderna – meant the country could easily take up the slack.

More than 800 million vaccine doses have now been administered globally, according to an AFP tally.

The total number of virus deaths is approaching three million, as the World Health Organisation warned that infections are rising exponentially despite efforts to stop them.

Muslims worldwide started Ramadan after religious leaders confirmed the month of fasting would begin on Tuesday, with many countries facing virus restrictions.

Jakarta’s newly renovated Istiqlal Mosque – Southeast Asia’s most prominent – welcomed worshippers for the first time after more than a year of closure because of the pandemic. 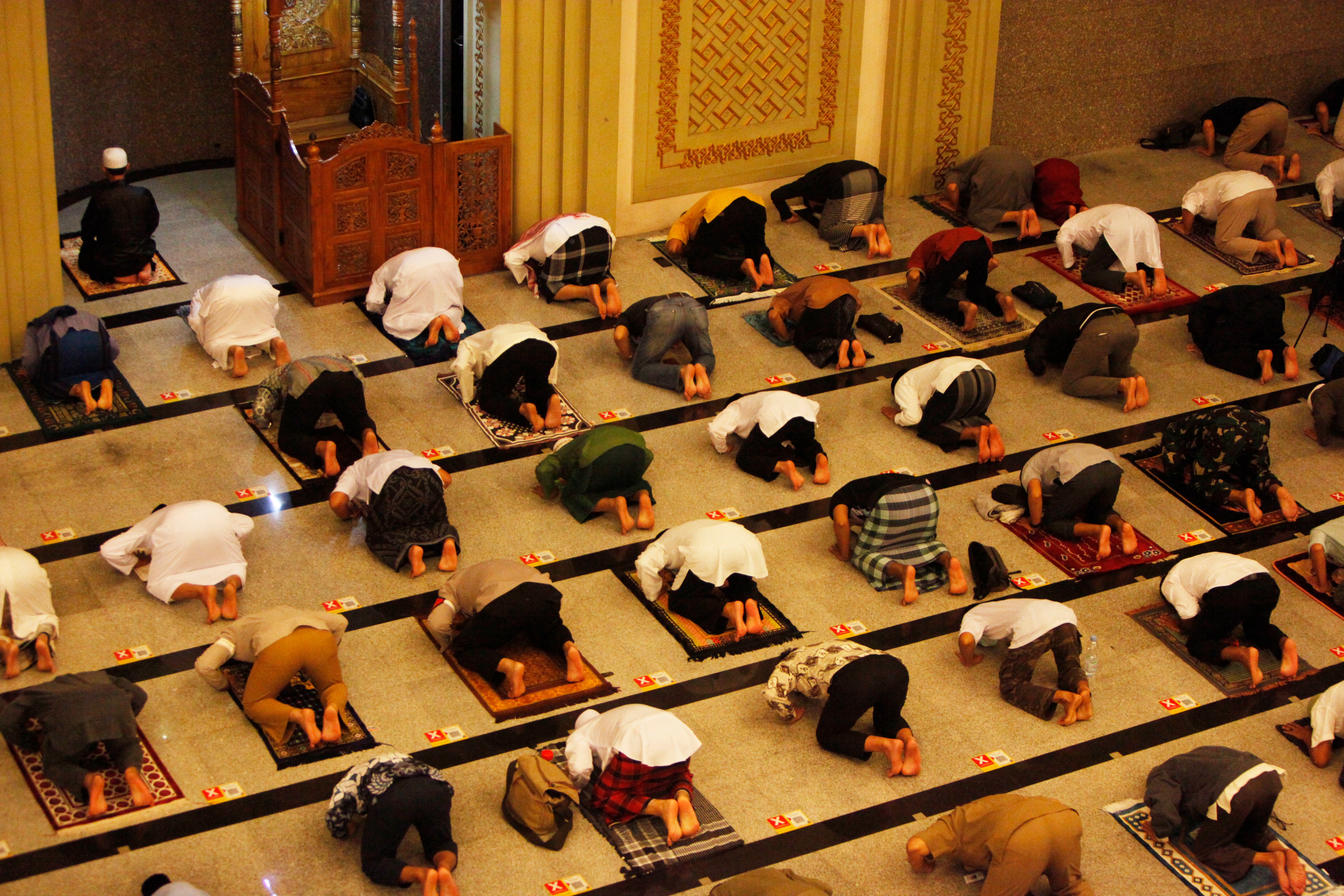 Muslims gather for the first tarawih prayer during the start of the holy month of Ramadan at a Mosque in Bogor, Indonesia. Mohamad Fathi, a resident of the Indonesian capital, told AFP this year’s Ramadan was happier than in 2020. “This year, I am so happy finally we can go to the mosque to perform tarawih prayers at the mosque, although we are under strict health protocol during the prayer.”

Mosques in the world’s most populous Muslim-majority nation will only host people at a maximum of 50 percent capacity. Worshippers are required to wear masks and bring their own prayer mats.

Home to Islam’s holiest shrines, Saudi Arabia announced that the sacred fasting month would start on Tuesday. However, authorities said only people inoculated against COVID-19 will be allowed to perform the year-round Umrah pilgrimage from the start of Ramadan.

In the Kazakh capital Nur-Sultan, coronavirus restrictions irked some worshippers.

“This year, for example, we won’t have the (large) iftars. And we can’t have a lot of people in the mosque. We have to queue and wait,” said 30-year-old Toparkhan Bergen.