The United States will release up to 60 million doses of the AstraZeneca COVID-19 vaccine, a senior official said Monday, following mounting criticism that the Biden administration was hoarding shots. In comparison, other countries suffered”US to release 60 million Astra Zeneca doses to other countries as they become available,” tweeted Andy Slavitt, senior advisor to the White House on COVID response.

It was not immediately clear how many doses are ready to be shipped or where they will go, with Mr. Slavitt adding, “At this time, there are still very few available.”

But President Joe Biden held a telephone call with Indian Prime Minister Narendra Modi on Monday, pledging his country’s “steadfast support for the people of India who have been impacted by the recent surge in COVID-19 cases.” The United States “is providing a range of emergency assistance, including oxygen-related supplies, vaccine materials, and therapeutics,” Mr. Biden told Modi, according to a statement.

White House spokeswoman Jen Psaki told reporters that the Food and Drug Administration would perform quality checks on doses before being sent abroad.

“Our team will share more details about our planning and who will be receiving offers from here, but we’re in the planning process at this point in time,” she added.

To everyone who understandably says: “about time” or “what were they waiting for”, at this time there are still very few available. No real time has been lost.

President Joe Biden’s government has been under pressure to lift restrictions on exporting vaccine and vaccine supplies as countries like India experience massive surges. In contrast, US supply appears increasingly assured, and domestic demand begins to taper off.

The move dramatically expands an action from last month to loan four million doses of the AstraZeneca vaccine, which is not yet approved in the United States and may never be, to Mexico and Canada.

The rate of new COVID cases is once more declining, and a month-long mini spike now appears over. Pfizer and Moderna appear on track to deliver 600 million doses between them by the end of July.

The United States has also resumed vaccinations with the Johnson & Johnson shot, the third authorized injection, after a brief pause over links to a rare form of clotting.

Ashish Jha, dean of the school of public health at Brown University, said one of the main hurdles to sending AstraZeneca doses abroad had been the issue of legal liability since the original contracts were formulated between the company and the United States.

“There may be some adverse events, and there may even be events that are not related to the vaccine,” he said during a webinar, adding the maker was worried about legal cases without the indemnity it enjoys in the US.

“These are solvable in my mind by India, offering indemnity and protection to AstraZeneca,” he added.

But he predicted the issue might be politically sensitive in India if the AstraZeneca vaccine comes to be viewed as a second-tier or “discarded” shot. 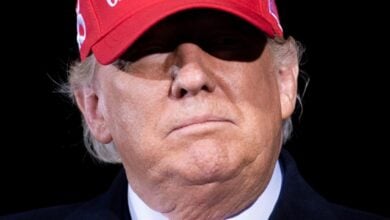