The federal government has rejected calls for a new JobKeeper wage subsidy program to help Victorian workers and businesses in lockdown for the next week at least.

“We have four ongoing measures, which are supporting Victorians. One is the pandemic leave disaster payment of $1500. Two: is the national health emergency crisis payment.

“Three of course, there is the ongoing business support of the loss carryback program, for any business which may make a loss during the course of this financial year, where they can receive a rebate against profits from previous years.

“Then of course there are the immediate expensing measures.”

He said the Commonwealth funds directed to support Victoria so far, $45 billion, is “far and away the highest per capita economic support to any state and territory”.

It expects 90,000 small to medium-sized businesses and sole traders to be eligible for the payments.

In outlining the support plan, Treasurer Tim Pallas said he was disappointed that requests for contributions from the federal government were refused.

“The Commonwealth’s view is that if these are short-term circuit breakers, then the states should pay for them,” Mr Pallas said.

“Well, we are paying. We are paying very substantially, and I don’t think working people should be paying.”

Mr Pallas said the new package is bigger and broader than that provided during the state’s snap lockdown in February.

“It’s the single biggest package on a pro-rata basis that this state or any state has provided,” he told reporters on Sunday.

Treasury estimates Victoria’s seven-day lockdown will punch a $700 million hole in the economy, but Mr Pallas would not be drawn on possibly extending the package if it drags out past Thursday.

“We understand that we have an obligation to assist and support them. That is exactly what we are doing.”

Industry groups welcomed the package after publicly lobbying the state government for immediate support, although some fear it might not be enough.

“Compared with the cost to business from the lockdown the relatively small amount of support offered will be quickly swallowed up if the lockdown continues beyond a week,” Australian Industry Group Group Victorian head Tim Piper said. 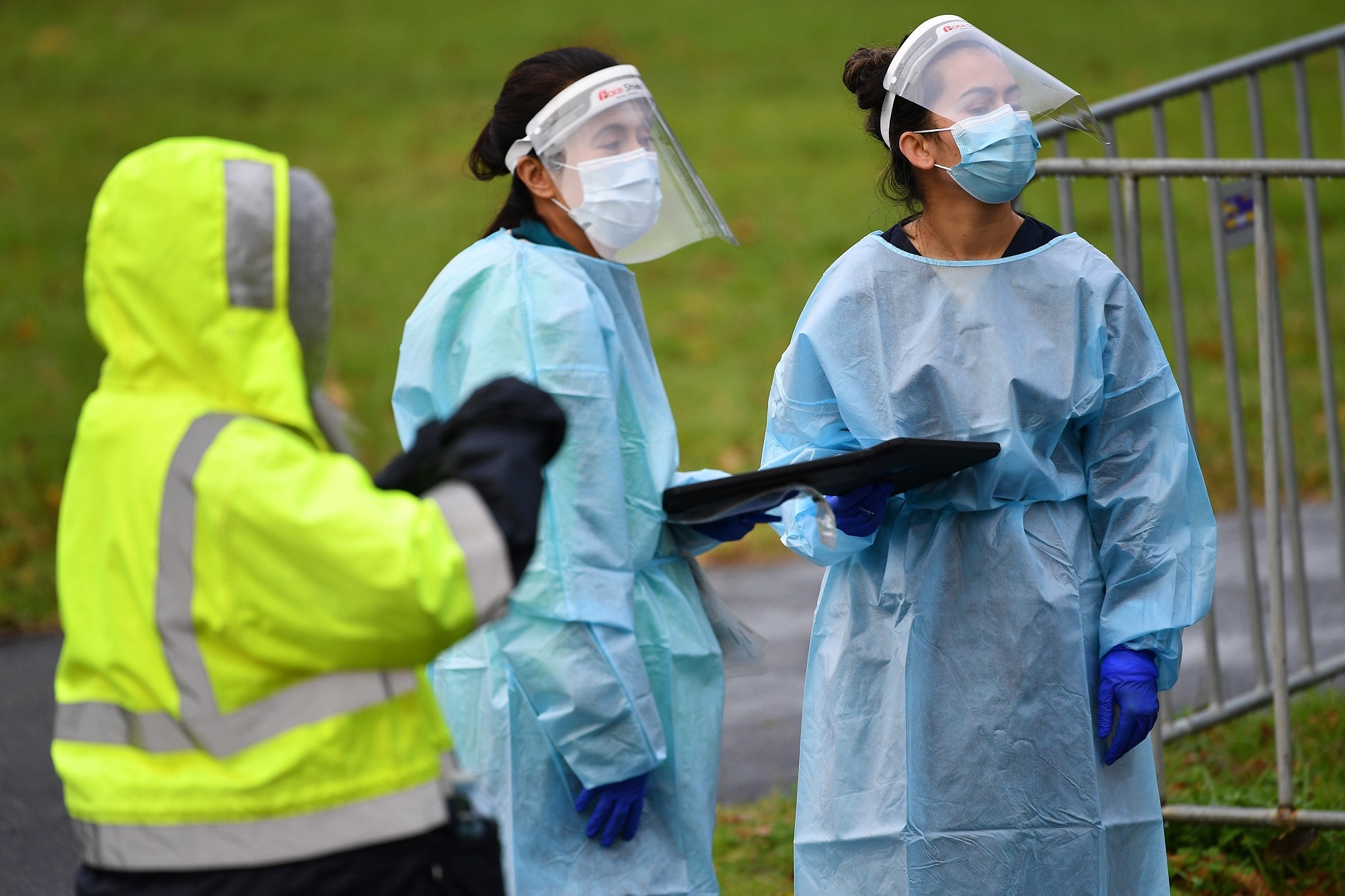 Healthcare workers at the Albert Park COVID-19 testing facility in Melbourne on 27 May 2021.

“When Australians needed support in 2020, both state and federal governments were there. Now is not the time for the feds to abandon Victorians,” he said.

Trade and Tourism Minister Dan Tehan said casual workers without work – and who did not have COVID-19 and is not a close contact and therefore cannot claim the paid pandemic leave – “could go to Centrelink”.

“And if you’re eligible, you’ve lost a complete week’s work or two weeks work, then you might be eligible for these emergency health payments,” he told ABC’s Insiders.

“For those people who find themselves in circumstances where they have completely lost their income. Then they should go to Centrelink and see whether their eligible for payments.”