Victorian Premier Daniel Andrews says it is too early to tell whether there will be an extension of the state’s five-day COVID-19 lockdown.

The premier said on Sunday the state was not seeing any new chains of transmission opening up, and the outbreak was unfolding as the government “hoped it would”.

Summary show
“This lockdown won’t be on any longer than it needs to be,” Mr. Andrews said.
Some of the exposure sites and close contacts have spread to regional Victoria.

“This lockdown won’t be on any longer than it needs to be,” Mr. Andrews said.

Victoria recorded 16 new locally acquired cases 24 hours to midnight on Saturday, but authorities advised there had been an extra case added in the hour before Sunday’s press conference.

The additional case was a man in Mildura who entered the hospital with COVID-19 symptoms after atteattendingarlton-Geelong an AFL match at the Melbourne Cricket Ground last Saturday.

When asked whether regional areas might be out of lockdown sooner than other places, the premier said he had no advice to shorten the lockdown for anybody.

There were 53,283 test results returned during the last 24-hour reporting period and 16,751 vaccines administered in Victoria.

The locally acquired cases are linked to the current outbreaks, and Victoria’s health department said it is engaging with six schools after they were linked to positive points.

On Saturday, authorities estimated there were 10,000 “primary close contacts” in Victoria and by Sunday morning had identified 217 potential COVID-19 exposure sites across the state.

Some of the exposure sites and close contacts have spread to regional Victoria.

'They were trying to make me feel shame': Breastfeeding Australian mum confronted at Disneyland Paris

Amid a bloody war and political instability, Ethiopians are heading to the polls 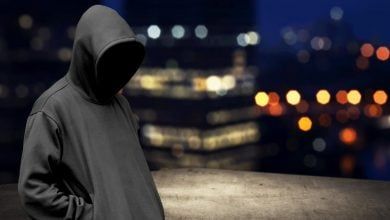 Schoolboy, 9, caught with crack cocaine but is too young to charge