As protests erupted around Russia, President Vladimir Putin warned Western nations who could threaten his country’s security. As protests erupt across Russia in support of jailed opposition leader Alexei Navalny, President Vladimir Putin issued a stark warning to any nations that threaten his own’s security, saying they “will regret their deeds”. In his annual nationwide address, the 68-year-old told the West not to cross Russia’s “red lines”, saying Moscow’s response would be “asymmetric, fast and tough” if forced to defend its interests.

Some countries, Mr. Putin, said during the 78-minute speech, “have developed a highly unseemly habit of picking on Russia for any reason, and most often for no reason at all — a kind of sport”.

“The organizers of any provocations threatening the fundamental interests of our security will regret their deeds more than they have regretted anything in a long time,” Mr. Putin told a hall of governors and members of parliament in the widely anticipated speech.

“I hope no one gets the idea to cross the so-called red line with Russia — and we will be the ones to decide where it runs in every concrete case.”

Despite ties with the United States and Europe being in a state of acute crisis, and Russian troops gathered near the border of Ukraine, Mr. Putin declared, “we want good relations … and really don’t want to burn bridges”.

“But if someone mistakes our good intentions for indifference or weakness and intends to burn down or even blow up these bridges, they should know that Russia’s response will be asymmetric, swift, and harsh,” he added.

What Putin will do next

Mr. Putin unsurprisingly made no mention of Mr. Navalny. Their supporters across the nation are demanding that the hunger-striking Kremlin critic be released from prison and allowed to receive independent medical care. Instead, the leader focused on domestic issues and announcements of social spending and aid to families, stopping short of announcing new military or foreign policy moves.

While Mr. Putin is now in his third decade of power, Russian analysts said it was too early to be sure whether he is stepping back from the brink — telling The New York Times seems more convinced than ever “of his special, historic role as the father of a born Russian nation, fighting at home and abroad against a craven, hypocritical, morally decaying West”.

“This sense of superiority mixed with arrogance gives him a feeling of power, and this is dangerous,” expert Tatiana Stanovaya, who has studied Mr. Putin for years, told the publication.

“When you think you are more powerful and wiser than everyone else around you, you think you have a certain historical mandate for more wide-ranging action.” America, at least, took Mr. Putin’s threat with a grain of salt — with White House press secretary Jen Psaki telling reporters that “we don’t take anything President Putin says personally”. “We have tough skin,” she said, adding that discussions of a possible future meeting between the leader and his US counterpart, President Joe Biden, were ongoing. “Obviously, it requires all parties having an agreement that we’re going to have a meeting, and we issued that invitation,” Ms. Psaki said. 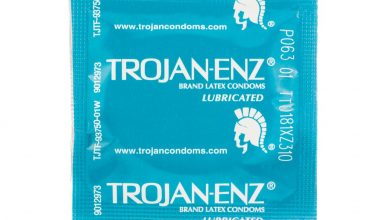