ST. LOUIS (AP) – Adam Wainwright came off the COVID-19 injured list and hung tough, St. Louis got a lights-out performance from its bullpen, and the Cardinals beat New York for their fifth straight win. After the game, the Mets fired, hitting coach Chili Davis and assistant hitting coach Tom Slater. New York had poorly struggled with runners in scoring position this season, a trouble spot last year when Davis worked remotely because of coronavirus concerns. Several accomplished hitters are off to slow starts for the Mets, including $341 million newcomer Francisco Lindor. The Cardinals were clinging to a one-run lead in the ninth with two outs and a runner on base when the lights at Busch Stadium flickered, then went out for a moment. When play resumed, reliever Alex Reyes walked Pete Alonso before retiring Dom Smith on a flyball for the final out.

Nolan Arenado and Harrison Bader homered to back Wainwright’s first win of the season. Four Cardinals relievers combined for 3 1/3 hitless innings. Wainwright (1-3) had been out because of virus contact tracing. He fell behind 5-2 in the third inning but didn’t give up any more runs before leaving with two outs in the sixth.

Joey Lucchesi (0-2) allowed six runs on seven hits in 2 2/3 innings after being recalled from the Mets’ alternate training site to make a start. He has not pitched into the fourth inning in any of his three starts this season.

KANSAS CITY, Mo. (AP) – Eddie Rosario watched anxiously as plate umpire Dan Bellino called a ball that could easily have been strike three, then swatted the next pitch into the right-field stands for a tiebreaking three-run homer that sent Cleveland over Kansas City.

Josh Naylor added a two-run shot off Royals reliever Jakob Junis (1-2) two batters later, turning what would have been a scoreless seventh inning with Rosario’s would-be punch-out into a five-run frame. Bryan Shaw (1-0) coughed up a run in relief of Indians starter Aaron Civale. James Karinchak gave up Hunter Dozier’s two-run homer later in the seventh before their bullpen finally wrapped up their sixth win in eight games. Emmanuel Clase worked around a single in the ninth for his sixth save. He’s yet to allow an earned run in 13 1/3 innings.

MINNEAPOLIS (AP) – Kenta Maeda steered himself back on track by keeping Texas scoreless into the sixth inning, and Minnesota won the opener of a four-game series. Maeda (2-2) had a season-high eight strikeouts in 5 1/3 innings, allowing only two singles and two walks in what was by far the best of his six starts this season.

Jorge Polanco had an RBI triple and an RBI double, and rookie Alex Kirilloff kept up his torrid start with two images for the Twins. One of them was a two-out, run-scoring line drive to left field in a three-run sixth that came against the left-handed reliever, Kolby Allard, brought in to face him. Adolis García hit a two-run homer in the eighth inning for the Rangers. Joey Gallo hit a two-out, two-run homer in the ninth against Taylor Rogers, who got his second save by striking out García. Dane Dunning (1-2) allowed two earned runs in 5 2/3 innings. 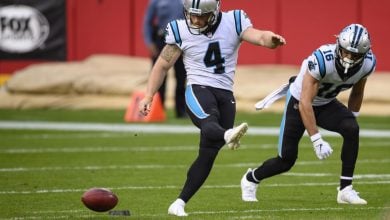 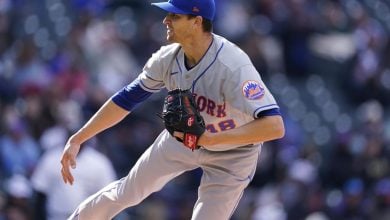 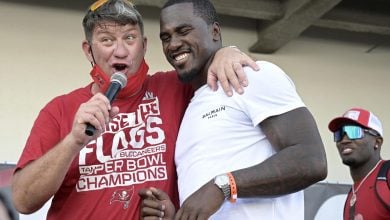 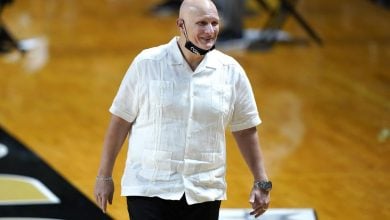