Hong Kong’s pro-democracy Apple Daily newspaper hit the stands Friday a day after police raided its newsroom, with an extra-large print run and a characteristic message of defiance emblazoned on its front that read: “We must press on”.

The tabloid and its jailed owner Jimmy Lai have long been a thorn in Beijing’s side with unapologetic support for the financial hub’s pro-democracy movement and scathing criticism of China’s authoritarian leaders.

Those same leaders are now determined to see it silenced as they crack down on dissent in Hong Kong.

More than 500 police officers raided the paper’s newsroom on Thursday in an operation that authorities said was sparked by articles that allegedly appealed for sanctions against China.

Staff returned to a newsroom gutted of many computers and hard drives which had been carted away in police evidence bags.

But they pushed on throughout the night to get the next day’s edition out, as they have for the last 26 years.

This time, they were surrounded by a gaggle of reporters from rival outlets documenting the seemingly inexorable decline of media freedoms in their city, an international media hub. Members of the press take photos as executive editor in chief Lam Man-Chung proofreads the next day’s Apple Daily before it goes to print late on 17 June.

Editors settled on a simple front page featuring pictures of the five arrested executives with a headline that detailed the raid.

But below the fold, in a bold yellow font, they printed “We must press on”, words the paper said Mr Cheung told staff as he was led away by police in handcuffs.

The company opted for a print run of 500,000 copies – far beyond its current daily circulation of around 80,000 – hoping Hong Kongers might snap up the historic edition.

In the working class district of Mongkok, dozens of residents queued in the early morning hours for the first edition.

“Usually we sell around 60 copies but tonight, we just sold 1,800,” the owner of one newsstand, who did not give his name, told AFP. “Now it is all sold out.” A customer buys multiple copies of the Apple Daily newspaper at a newsstand in Hong Kong early on 18 June, 2021.

A 40-year-old product developer, who gave only her first name Polly, said she bought ten copies.

“For many years we enjoyed the freedom of press and we were able to say anything,” she told AFP.

“But just within one year it’s all different, it has deteriorated so much and everything is happening so quickly,” she added.

“There is no perfect media, but it (Apple Daily) is a unique voice in Hong Kong,” he said.

“You may not like it, but I think you need to let them have their voice and survive, it is important.” 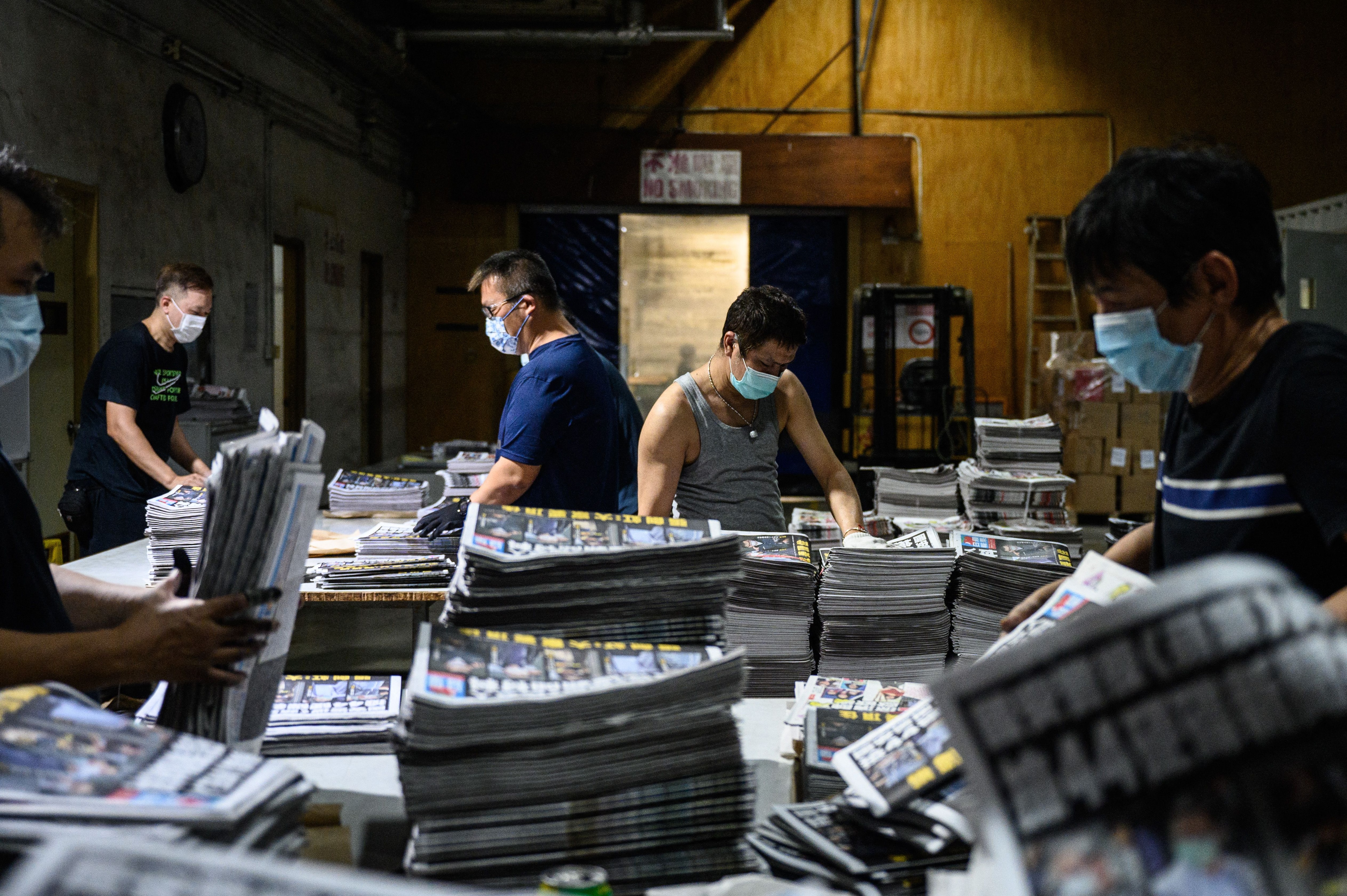 It is not clear how long Apple Daily can survive.

Its wealthy owner Mr Lai, 73, is currently serving multiple sentences for his involvement in democracy rallies in 2019.

He has also be charged under the national security law and has had his Hong Kong assets frozen by authorities.

‘Deeply humbled’: Sadiq Khan has been re-elected as London mayor